How to Mishandle a Crisis

President Biden was right to shoot down the Chinese spy balloon, but the incident reveals that neither Beijing nor Washington is ready to handle a serious crisis.

The United States and China have one of the world’s most important and complex bilateral relationships. Since 1949, the countries have experienced periods of both tension and cooperation over issues including trade, climate change, and Taiwan.

Richard Haass on the Chinese Balloon

with Richard Haass via Substack February 5, 2023

China and the State of the Union

The Consequences of Divided Government

Here are three things to watch for on the foreign policy front in the 118th U.S. Congress.

Here’s How to Preserve American Democracy

Can New Tobacco Laws Close the Racial Gap on Cancer?

Biden Administration Targets Removal of Most Nicotine From Cigarettes

How Japan Is Doubling Down on Its Military Power

The Far-Right Threat to the U.S. Military

Guardians of the Republic

Legal immigrants and noncitizens—service members enriching the U.S. military since the American Revolution.

DC Book Launch: The Bill of Obligations by Richard Haass

CFR President Richard Haass discusses his new book, The Bill of Obligations: The Ten Habits of Good Citizens, with Mary Louise Kelly.  In The Bill of Obligations, Richard Haass argues that the very idea of citizenship must be revised and expanded. Haass introduces ten obligations that are essential for healing our divisions and safeguarding the country’s future. Through an expert blend of civics, history, and political analysis, this book illuminates how Americans can rediscover and recover the attitudes and behaviors that have contributed so much to this country’s success over the centuries.

Dr. Fatih Birol has served as Executive Director of the International Energy Agency (IEA) since 2015. He has led the Agency in a comprehensive modernization program, making it the global hub for clean energy transitions and broadening its energy security mandate. In this discussion, Fatih Birol shares his perspectives on the current state of global energy, focusing on the implications of Russia’s invasion of Ukraine on energy markets and alternate suppliers, including the United States, as well as prospects for limiting global warming, particularly through technology and innovation. The David A. Morse Lecture was inaugurated in 1994 and supports an annual meeting with a distinguished speaker. It honors the memory of David A. Morse, an active Council on Foreign Relations member for nearly thirty years.

NY Book Launch: The Bill of Obligations by Richard Haass

CFR President Richard Haass discusses his new book, The Bill of Obligations: The Ten Habits of Good Citizens, with Juju Chang.  In The Bill of Obligations, Richard Haass argues that the very idea of citizenship must be revised and expanded. Haass introduces ten obligations that are essential for healing our divisions and safeguarding the country’s future. Through an expert blend of civics, history, and political analysis, this book illuminates how Americans can rediscover and recover the attitudes and behaviors that have contributed so much to this country’s success over the centuries.

Johnson: High Point of Xi's Reign Is Behind Him

The Gospel of Deglobalization: What’s the Cost of a Fractured World Economy?

Ukraine and the Future of Offensive Maneuver

Enabling an Economic Transformation of Ukraine

Offsite Via Center for Strategic and International Studies January 10, 2023

Amid Conspiracy and Conflict, WHO's Tedros Plans for the Next Pandemic

China and the State of the Union

Today's WorldView: Top conflict hot spots and crises in the world to worry about in 2023

Offsite Via The Arab Weekly December 9, 2022

The Hysteria over China’s Spy Balloon Is Dangerous and Unwarranted

Data is the New Gold, But May Threaten Democracy and Dignity

Ferguson: Fed Hoping to Get Demand for Labor Down Without Dramatically Changing Supply

How to Mishandle a Crisis

Offsite Via the Wilson Quarterly February 2, 2023

Scheffer: Special Tribunal Can Be Established Through Treaty Between the UN and Ukraine to Prosecute Crime of Aggression

The Limits of the U.S.-South Africa Relationship

Brazil’s ‘January 6 Moment’ Is a Warning

Offsite Via The Atlantic January 9, 2023

Women in the 118th Congress: Halting Progress, Storm Clouds Ahead

The GOP wants to cut funding to the IRS. We can’t let that happen.

A German Word For How Others See Germany’s Gas Crisis: Schadenfreude

Mallaby: China's Suspected Spy Balloon Is the Perfect Symbol of Its Clumsiness

When It Comes to Building Its Own Defense, Europe Has Blinked

Sestanovich: Zelenskyy Visit to Inject Momentum and Support for Ukraine

The Papal Theory of Underdevelopment 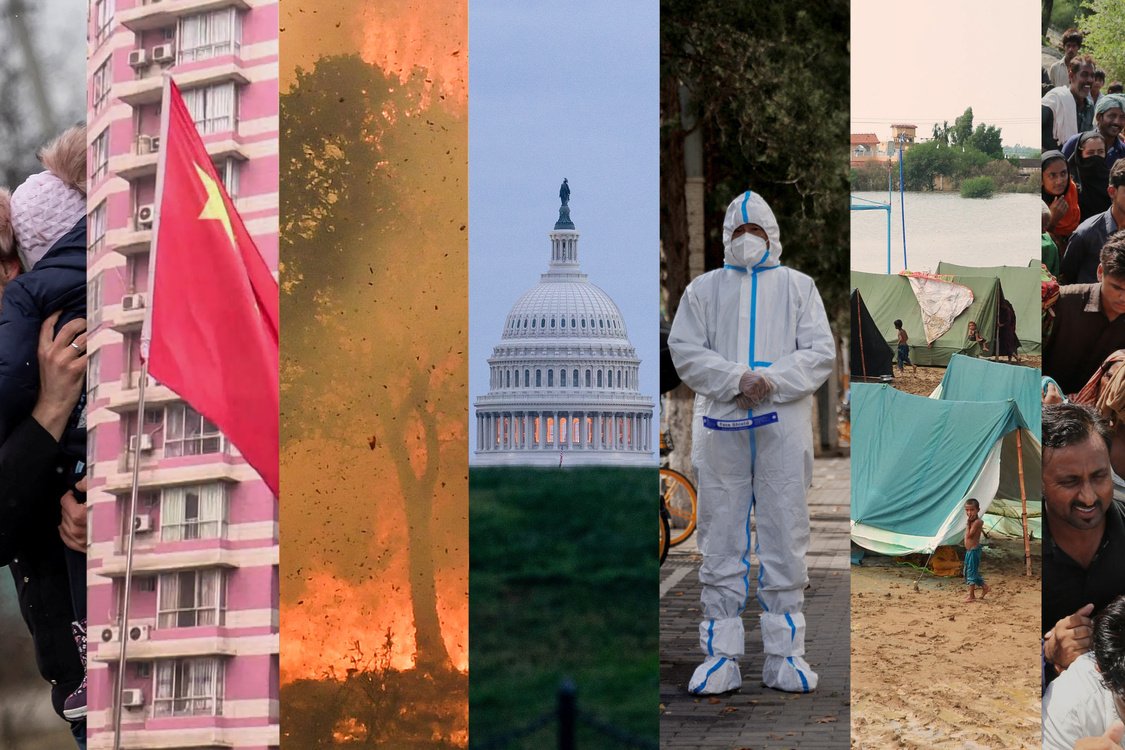 2022 in Review
The Seven Most Significant World Events in 2022
Explainer Video by Jeremy Sherlick
It was a year marked by political tumult, spiking major-power tensions, economic challenges, a waning pandemic, and a war that echoed worldwide. 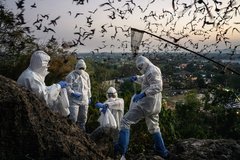 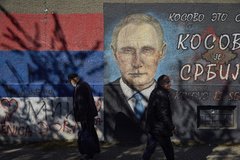 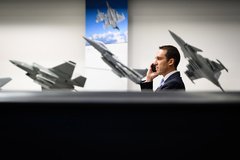 Mallaby: China's Suspected Spy Balloon Is the Perfect Symbol of Its Clumsiness

Boot: Xi Jinping Doesn’t Want to Wind Up on the Losing Side in Ukraine

The Bill of Obligations

A provocative guide to how we must reenvision citizenship if American democracy is to survive.

Joshua Kurlantzick analyzes China's attempts to become a media, information, and influence superpower, seeking for the first time to shape the domestic politics, local media, and information environments of the United States, East Asia, parts of Europe, and the broader world.