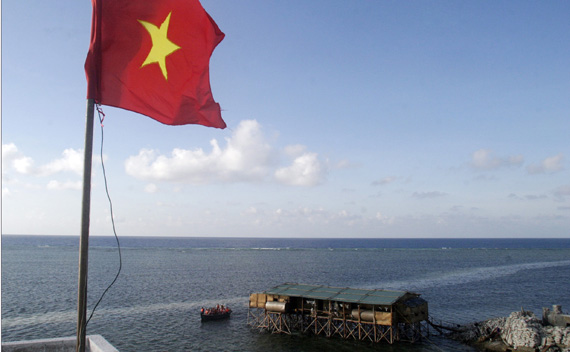 All the finger-pointing and analysis about the Obama administration’s decision to wade more deeply into disputes over the South China Sea seems to have focused on whether Washington or Beijing have gained from this new, harder-edged approach. By taking note of ASEAN nations’ concern that Beijing is potentially expanding its  “core national interests" in this area,  and then having Secretary of State Clinton state that the resolution of competing claims to the Sea is a “national interest” of the United States during the ASEAN Regional Forum, Washington may have shored up its relations with Southeast Asian states, showing them the United States will not back down to China--well, that’s one analysis at least. The other analysis is that by just putting on the table that the Sea is now a “core national interest” of China like Taiwan, Tibet, or Xinjiang, Beijing has set the bar so that it can shoot down any future discussion of its actions in the South China Sea.

But the real winner of this diplomatic saber-rattling? Vietnam. As the United States firmly stands up to China’s claims in the Sea, Hanoi is showing Beijing that the rapidly expanding U.S.-Vietnam relationship has real steel, especially when added to the apparent decision by the White House to expand U.S.-Vietnam nuclear cooperation. Vietnam already has far more installations in the disputed islands than any other country save China and has been the most aggressive in pushing back against Chinese claims in the Sea. Yet, unlike other ASEAN nations whose dependence on the United States for backup clearly infuriates China, and sometimes results in vicious Chinese responses, Vietnam has thus far avoided such a response from Beijing. Sure, Chinese foreign ministry spokespeople publicly affirm China’s sovereignty over disputed areas in the sea, allegedly negating Vietnam’s claims, and Beijing has pressured U.S. oil companies not to partner with Vietnam in exploring oil and gas deposits in the South China Sea. However, Chinese diplomats do not vilify Vietnam the way that they do U.S. actions in the South China Sea, or even the actions of other Sinophobic ASEAN members like the Philippines, Malaysia, or Singapore. Indeed, Vietnam seems to have been able to build much closer ties to the United States without being forced to sacrifice longstanding diplomatic links to China, growing economic ties to Beijing, and close security cooperation between Hanoi and Beijing on a range of issues.

In part, of course, Hanoi has achieved this balance because China and Vietnam officially enjoy the close party-party relations of brother communist countries. In part, it’s because trade between the two countries is so significant that neither side wants to damage ties. In part, it’s because the history of relations between the two countries was so poisoned by conflict that both Hanoi and Beijing know to tread lightly.

But it’s also because Vietnam has played China extremely skillfully. Before launching the potential nuclear cooperation with the United States, Hanoi had discussed boosting nuclear imports from China, and still seems to suggest that it might increase nuclear cooperation with Beijing. And Hanoi has shown Beijing that, when necessary, it can protect China’s interests: When protests in Vietnam against Chinese spiraled in 2008 and 2009, Hanoi cracked down on the activists.

Perhaps, if tensions over the South China Sea go even higher, Vietnam will no longer be able to play both sides. But for now, it’s pursuing a strategy other ASEAN countries surely must envy.