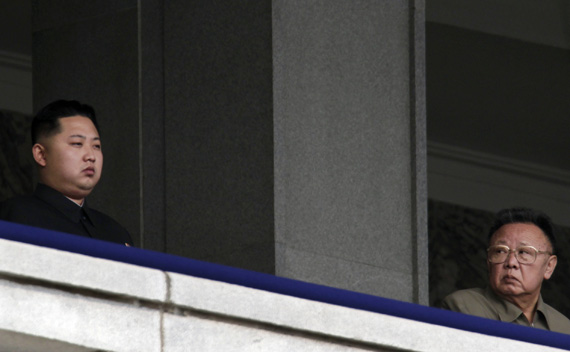 Having spent the past week in Seoul in the aftermath of the September 28 Workers’ Party of Korea (WPK) conference and on the eve of the unprecedented 65th anniversary celebrations of the WPK’s founding, I was struck by just how few facts South Korean analysts (and the rest of the world!) yet have at their disposal in analyzing the latest North Korean developments. Despite rampant speculation in South Korea, most analysts are at a loss to provide evidence for exactly why the conference was delayed from early September, or to fully grasp the internal implications of a complex and elaborate set of new personnel announcements designed to reconstitute a party infrastructure that had been allowed to decay since the twenty-first Party Congress held in 1993. Ruediger Frank has provided an excellent wrap-up on the conference over at Foreign Policy.

The widely projected central purpose of the conference, to put in place the foundations for a smooth leadership succession, was crystal clear. Equally clear is that Kim Jong Il remains in charge for now; no other single individual holds sufficient power across all institutions to assert uncontested power or challenge Kim Jong Il’s authority.

A second obvious purpose that bears emphasis is that the appointments and roles of Kim Jong Il’s son Kim Jong Un, his sister Kim Kyong-hui, and his brother-in-law Jang Song-taek are designed to bind and bend North Korea’s power institutions to Kim family control long after Kim Jong Il leaves the scene. This is even more the case if newly-appointed Vice Marshall and Politburo Standing Committee member Ri Yong-ho is indeed a member of the Kim Jong Il family, as Ruediger suggests.

The apparent revival (and militarization) of the WPK suggests that Kim Jong Il’s reliance on the National Defense Commission as the sole source of power will be unsustainable, and that North Korea is returning to a system under the new leadership that more properly balances party and military roles. This development should facilitate Sino-DPRK relations, which run on the basis of party-to-party ties.

Although the successful holding of the WPK Conference has dusted off the cobwebs of the party apparatus and enabled the introduction of Kim Jong Il’s third son as heir apparent, no one knows for sure if the succession will ‘stick’ once Kim Jong Il leaves the scene. Although he is marginalized from power, eldest son Kim Jong Nam’s comments opposing a family succession are enough to tarnish the lily for now. But the decision to hold the conference, even if seemingly rushed, has strengthened perceptions on the surface of stability in North Korea, despite the many unanswered rumors and backstories about preparations for the conference that must now be sorted through with utmost care.

This perception of stability has been reinforced by North Korea’s skillful use of foreign media to reinforce its own reporting line on this critical issue by providing somewhat greater information and access to party commemorations, including the unveiling of Kim Jong Un’s image as a Kim Il Sung-styled Young General that—combined with the reintroduction of early historical footage of Kim Il Sung, who was only in his early thirties when he began to consolidate power in North Korea with Soviet assistance in 1945—will reinforce North Korean perceptions of Kim Jong Un’s legitimacy. The fact that both North Korean and foreign media are reporting the same story will lend credibility to new arrangements to North Koreans with access to external news reports.

The most interesting and complex challenge for South Korean policymakers that derives from the WPK conference is that perceptions of North Korea’s domestic stability have been enhanced despite a growing emphasis by the Lee Myung-Bak administration on the need to prepare for early reunification. This dissonance makes the coordination of policy toward North Korea particularly delicate as the Lee administration attempts to hold the line on a strategy designed to exact a post-Cheonan punishment from North Korea at the same time the North embarks on its own internal political consolidation. I’ve written on three post-Cheonan scenarios for inter-Korean relations in an essay posted this week at 38North.

While you Weren’t Paying Attention