The 5.6 percent fall—in the yuan data—in China’s September exports was a surprise. Exports had been rising in yuan terms, and in volume terms, since March. I expected the rise to continue, largely because the pickup in volumes is consistent with the expected impact of the 8 percent fall in the broad yuan (using the BIS index) since last July.

And I am very conscious of the risk of interpreting data to fit your prior beliefs, and thus missing a new signal.

That said, I do think there are a couple of reasons why the fall in exports may not be indicative of a shift in trend.

The first is straightforward: there was one fewer working days in China this September than last September (22 versus 21; data are here). Nominal exports, in yuan, per working day, fell by 1 percent.

This argument should not be overstated. There were more working days this August than last August, so nominal exports, in yuan, per working day, were down in August.

The more important reason is a bit more complicated. Chinese export prices jumped last September, in the immediate aftermath of the yuan’s August depreciation. Each dollar in exports generated more yuan. Over time, though, export prices have come down. They are now lower than their pre-August devaluation levels. 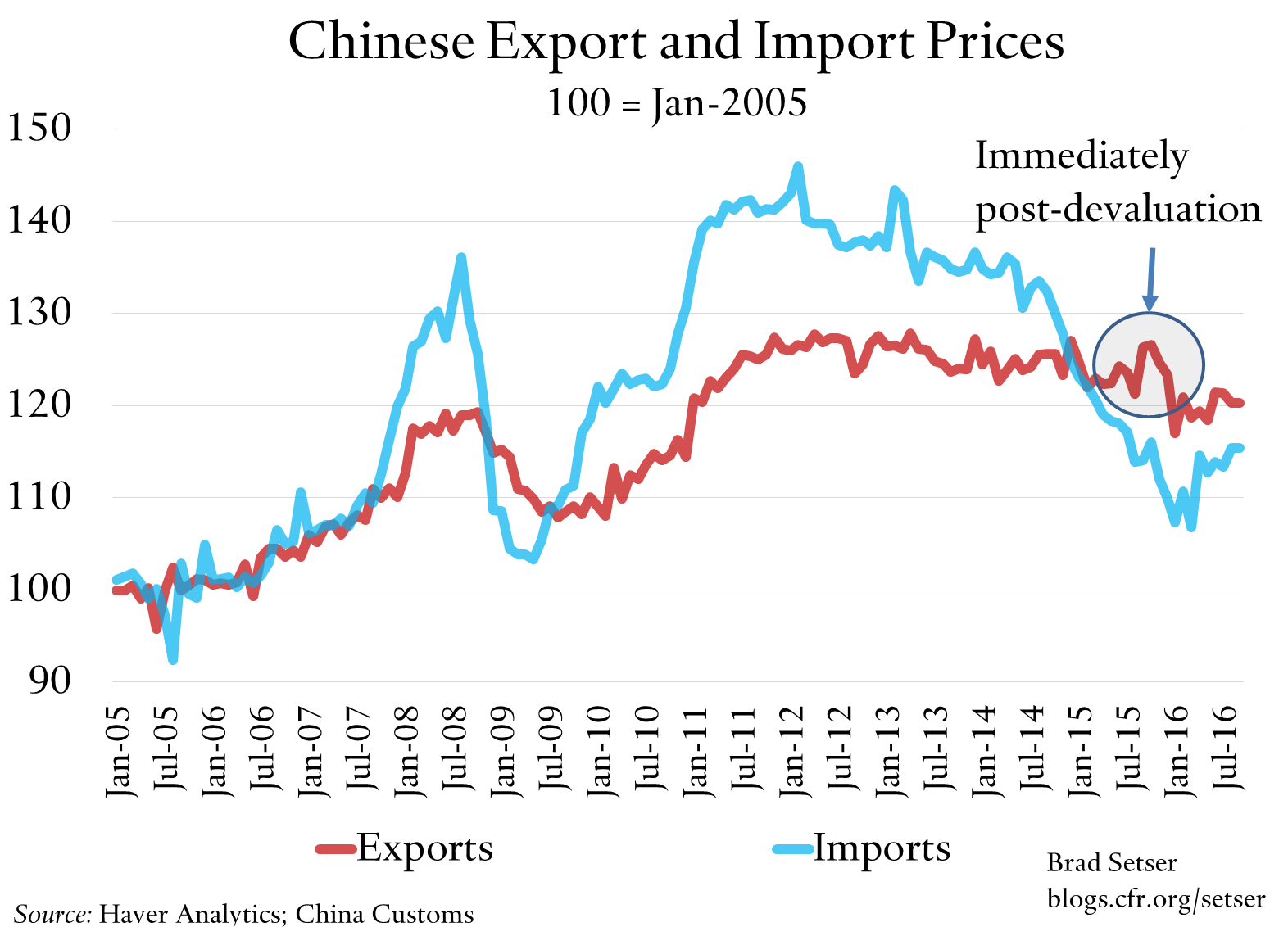 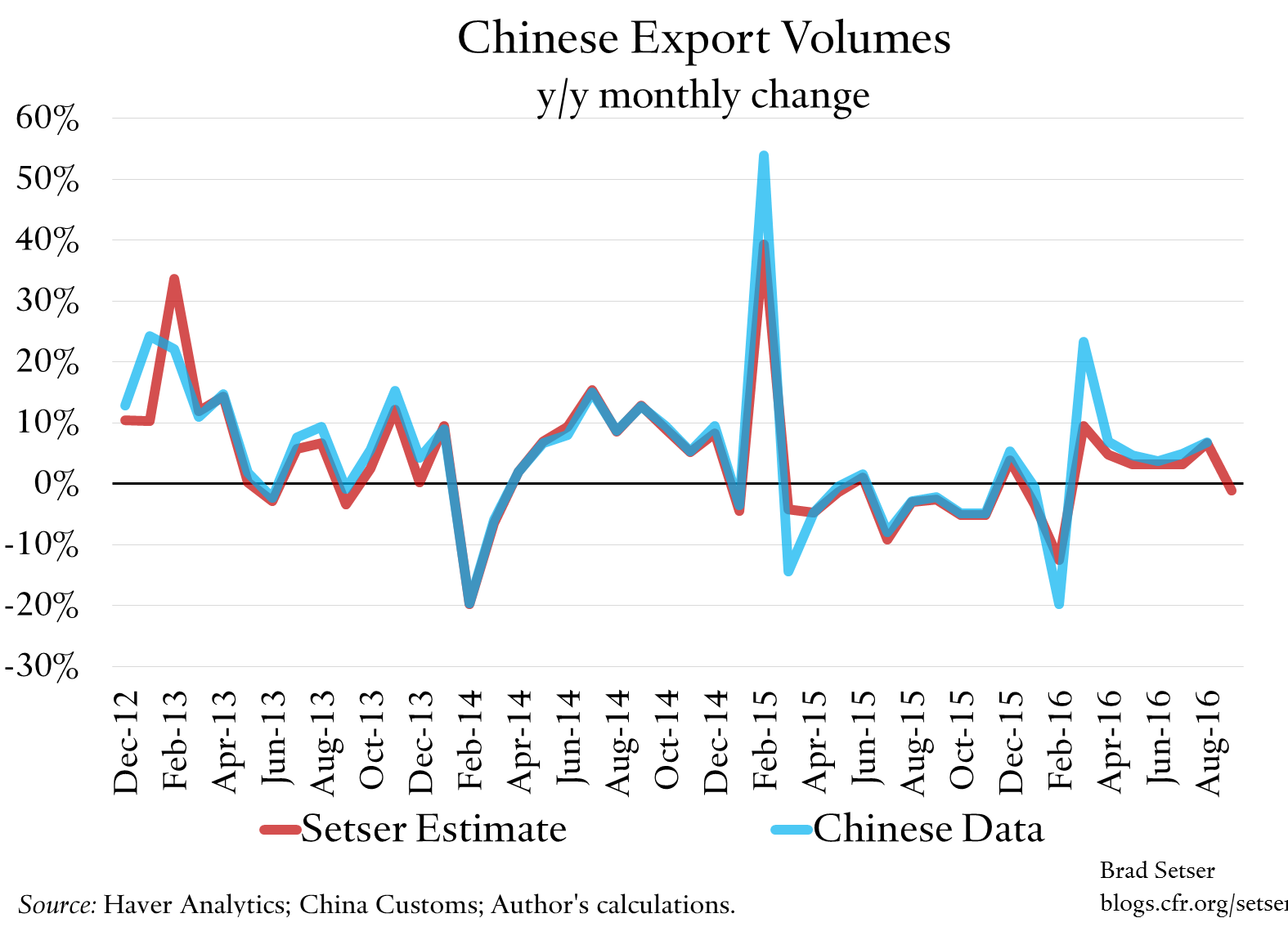 Where does that leave me—my best guess is that export volumes are still creeping up, not down.

But as anyone who has worked with the Chinese data knows, there is a lot of noise in the monthly data. Remember China doesn’t report underlying levels for export volumes. Only nominal exports and a nominal price index, and y/y changes in volumes. The actual level of real exports and imports has to be inferred.

This chart, which simply deflates nominal exports by the price index, gives some sense of the amount of “noise” in the underlying data. I use Haver’s seasonal adjustment, but the seasonal adjustment isn’t enough to get a smooth series. 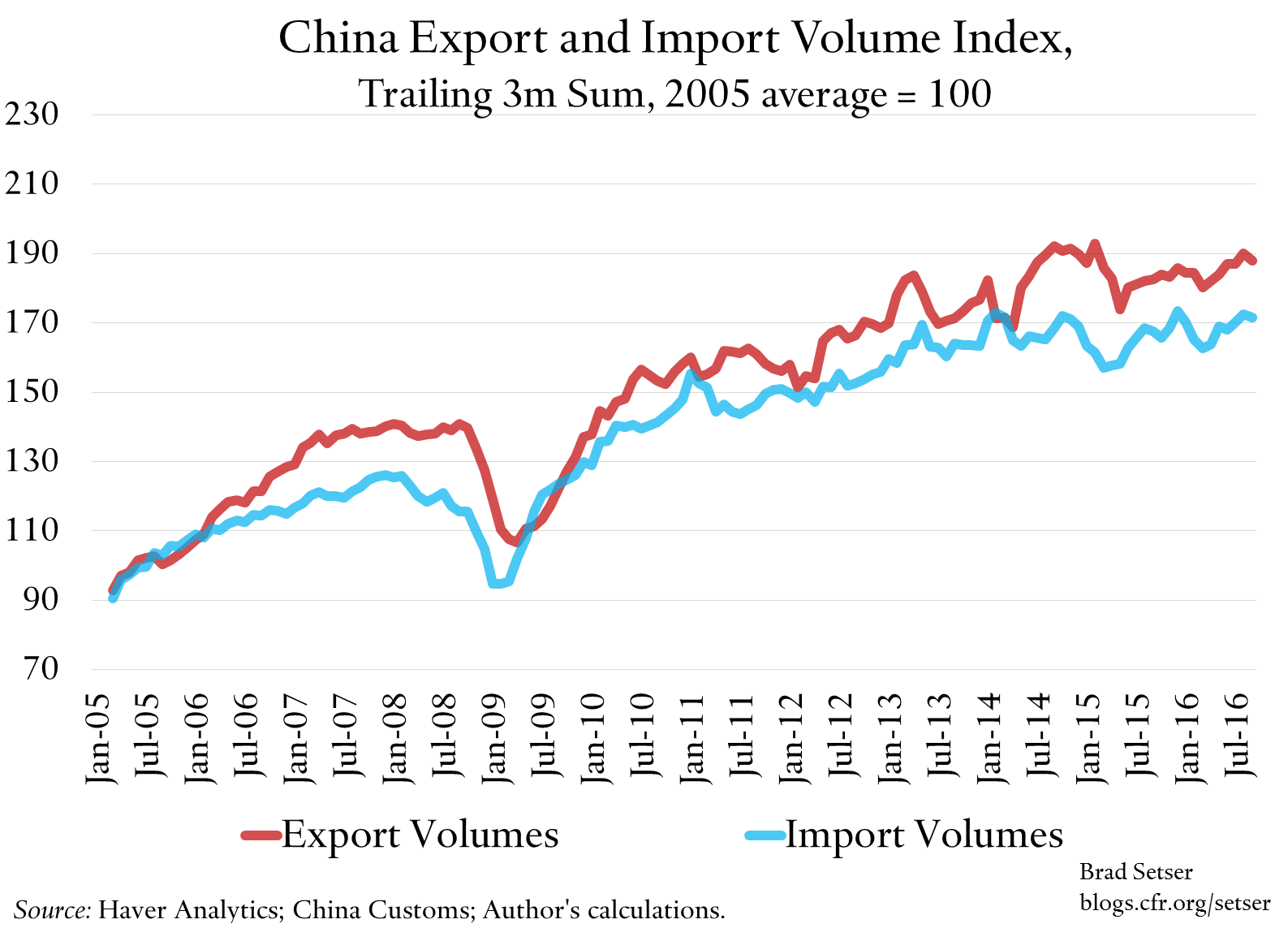 Bottom line. The data looks a bit on the weak side, but not as weak as the headline numbers suggest.

October of course gains added importance after a weak September (which after adjusting for working days turns into a weak August). The comparison with last October is clean: the number of working days is the same (18). And it is likely that there will also be a roughly 5 percent fall in export prices, in yuan terms, as export prices remained on the high side last October.

Behind China's Influence in Africa