Both of the key proxies for China’s actual intervention in June are out.

They paint a consistent picture. The gap between the modest sales reported in the data and the rise in headline reserves ($13.4 billlion) is almost certainly from the mark-to-market gains on a portion of SAFE’s book. The portfolio of high quality bonds should have increased in value in June. Friends who read Chinese say SAFE has admitted as much on its website.

The more interesting thing to me is how modest the sales were, at least when compared to other periods of depreciation (against the dollar) in the last two years. 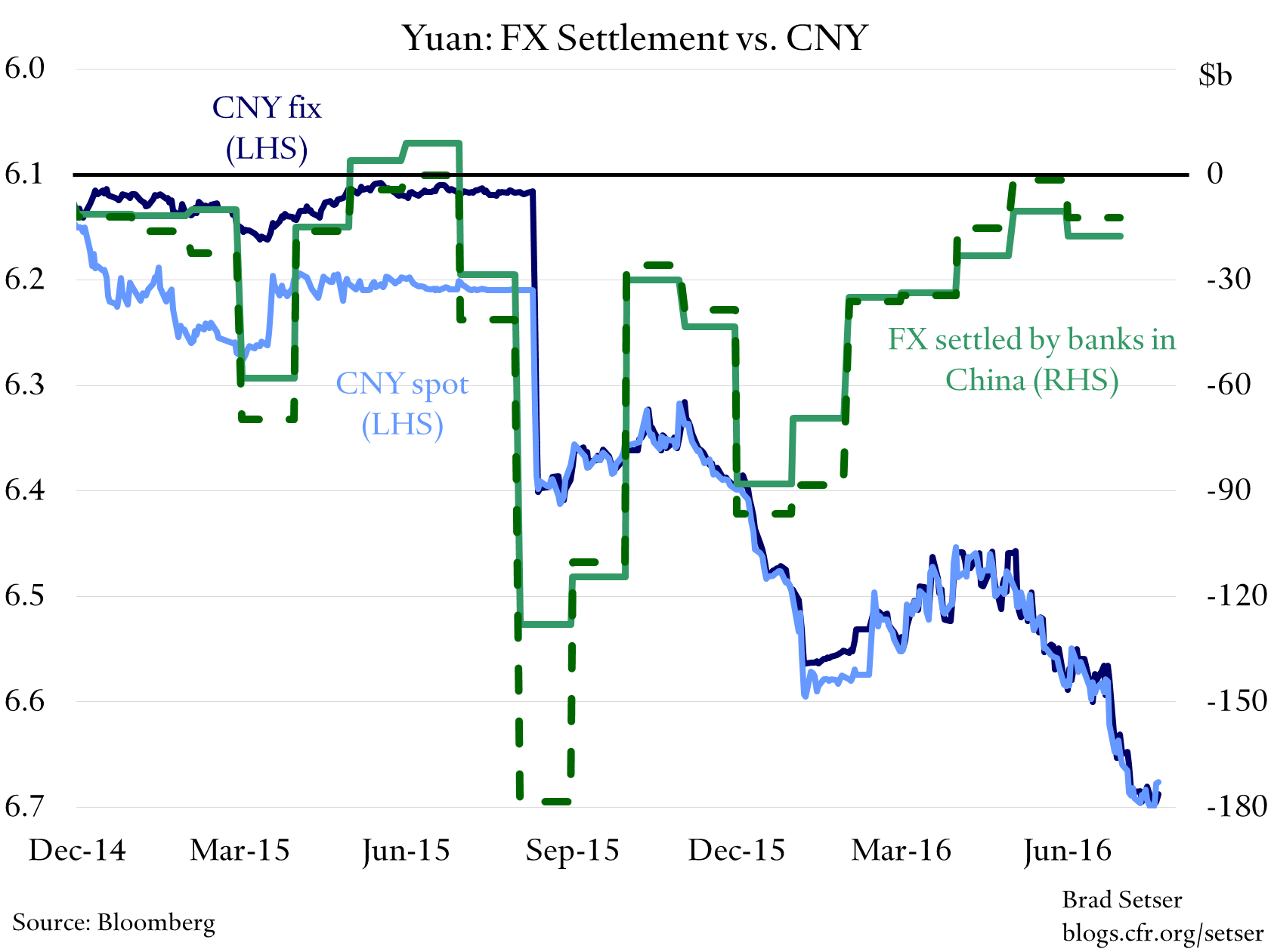 Either the carry trade unwind is over or the controls work. Or somehow this most recent depreciation hasn’t produced expectations for further depreciation, even though the crawl down against the basket has been pretty stable.

It is a puzzle, at least to me.

For the conspiratorially minded, the banks do look to have sold foreign exchange from their own accounts in June, as they did last August and this January. But the sales from their own account were modest—$5 billion versus $85 billion last August and $15 billion in January. And the settlement data for forwards also shows a modest reduction in the net forward book of the banks in June. Net of the change in forwards, total sales in the settlement data look to be just under $15 billion.

Not much, in other words. 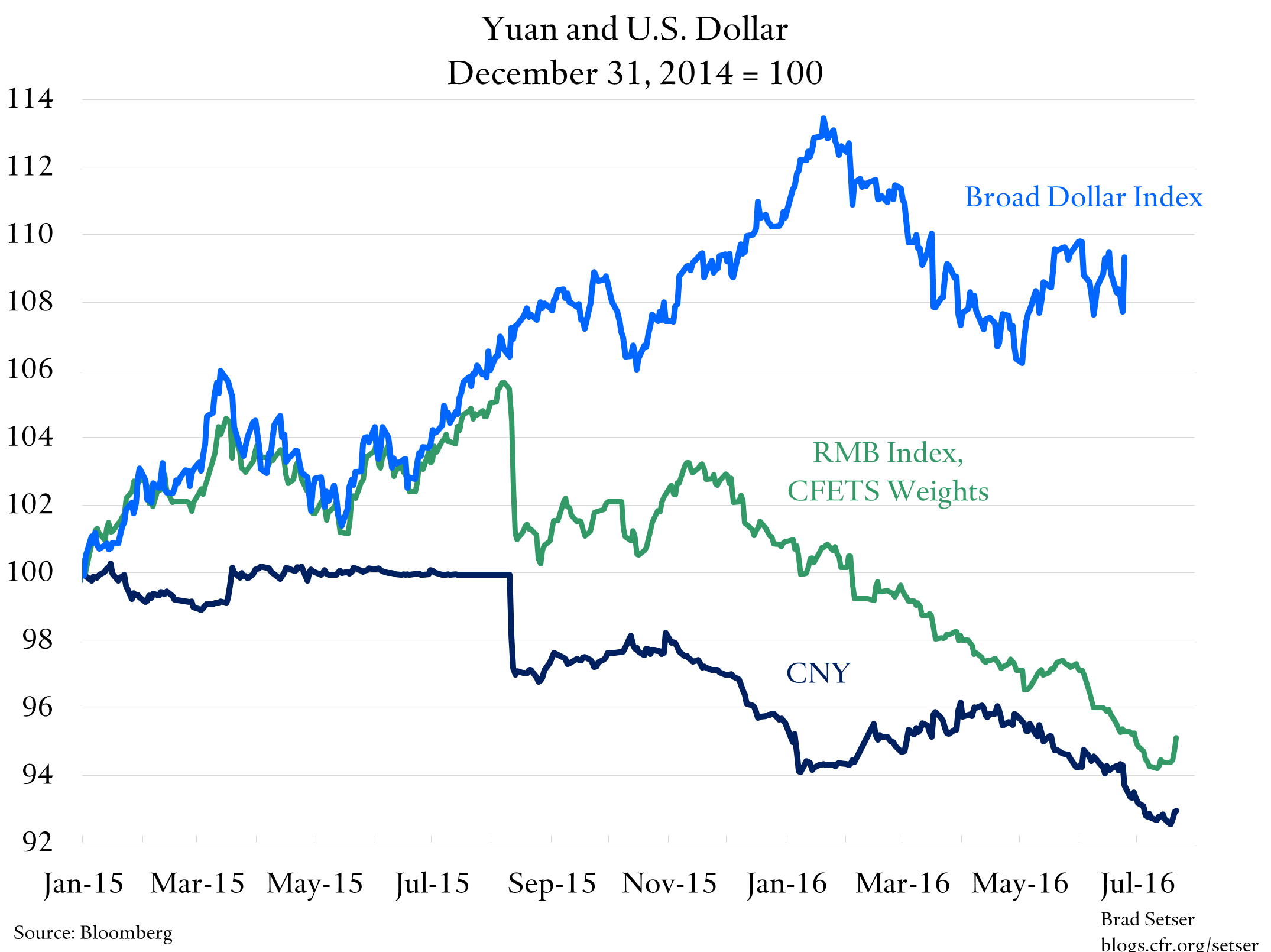 "The yuan advanced the most in two weeks, with the central bank’s daily fixing adding to signs that China’s authorities are prepared to overrule the market to control the currency’s moves.The People’s Bank of China strengthened its reference rate, which restricts onshore yuan moves to 2 percent on either side, even as the dollar advanced the most since July 5. This spurred speculation that the central bank isn’t sticking to its stated policy of following the direction of the market, which would have resulted in a weaker fixing."

All this matters, of course, because the exchange rate is the mechanism that most powerfully transmits any weakness in Chinese domestic demand to other manufacturing economies. Commodity exporters are, of course, impacted more directly by changes in commodity prices. The cumulative depreciation against the dollar over the last 12-plus months has reached 7-8 percent—enough that it would reasonably be expected to start having an impact on trade flows going forward.

How Many Reserves Does Turkey Need? Some Thoughts on the IMF’s Reserve Metric