The proxies for China’s foreign exchange intervention in July are now available, and they point to $20 to $30 billion of reserve sales.

FX settlement with non-banks shows net sales of around $20 billion. Throw in the change in forwards in the settlement data, and total sales were maybe $25 billion.

All the proxies show more variation than appeared in headline reserves, which only fell by $5 billion. I trust the proxies.

The bigger story, I think, is two-fold. 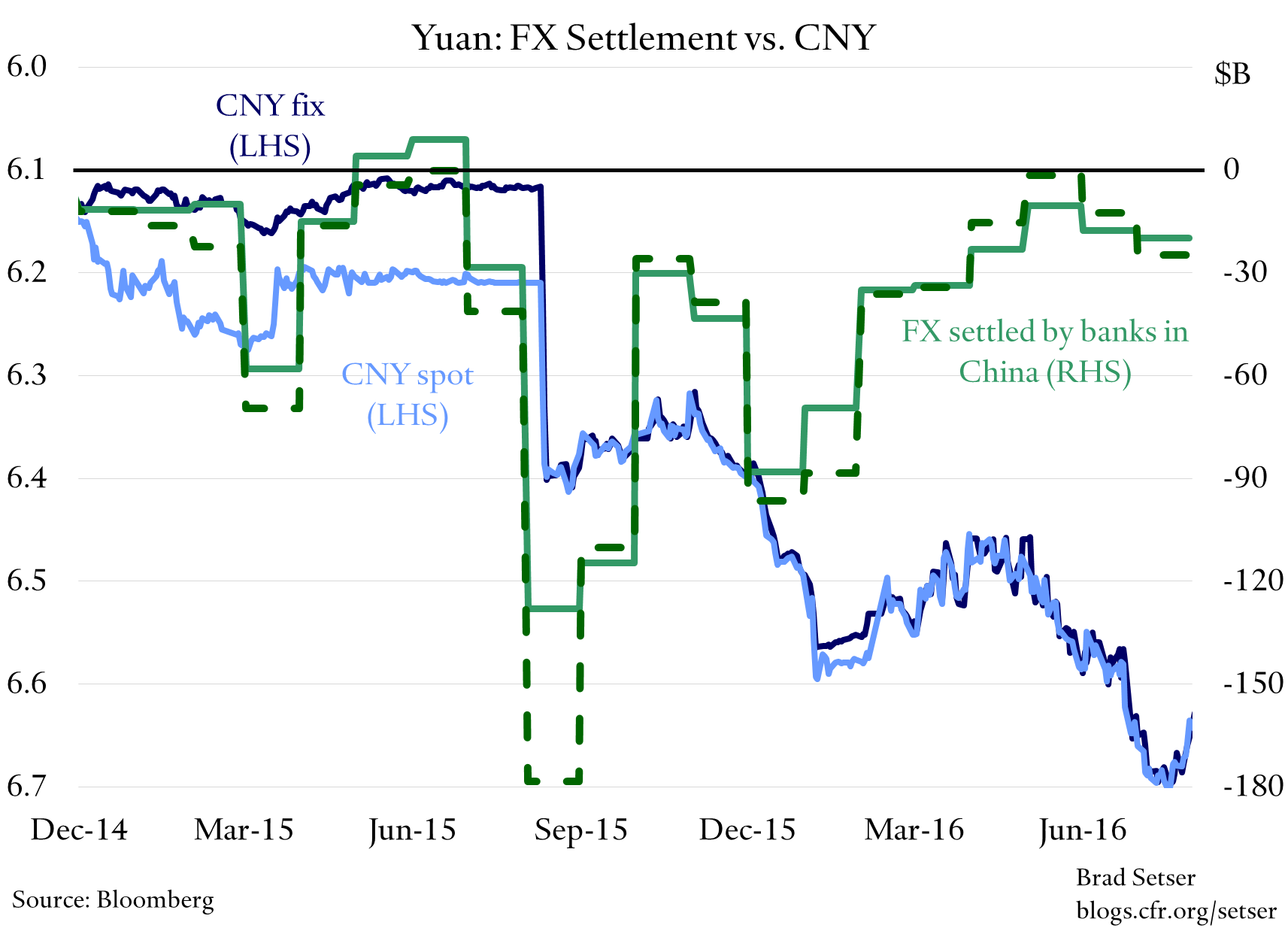 The second, and far more important point, is that the magnitude of sales during periods when the yuan is depreciating against the dollar are significantly smaller than they were last August, or back in December and January.

Why? Tighter controls? Or, more simply, has a lot of the foreign currency debt that was built up as part of the carry trade (borrow in dollars to buy yuan to pocket higher interest rates on the yuan) now been paid back, reducing corporate demand for foreign currency in periods of depreciation? 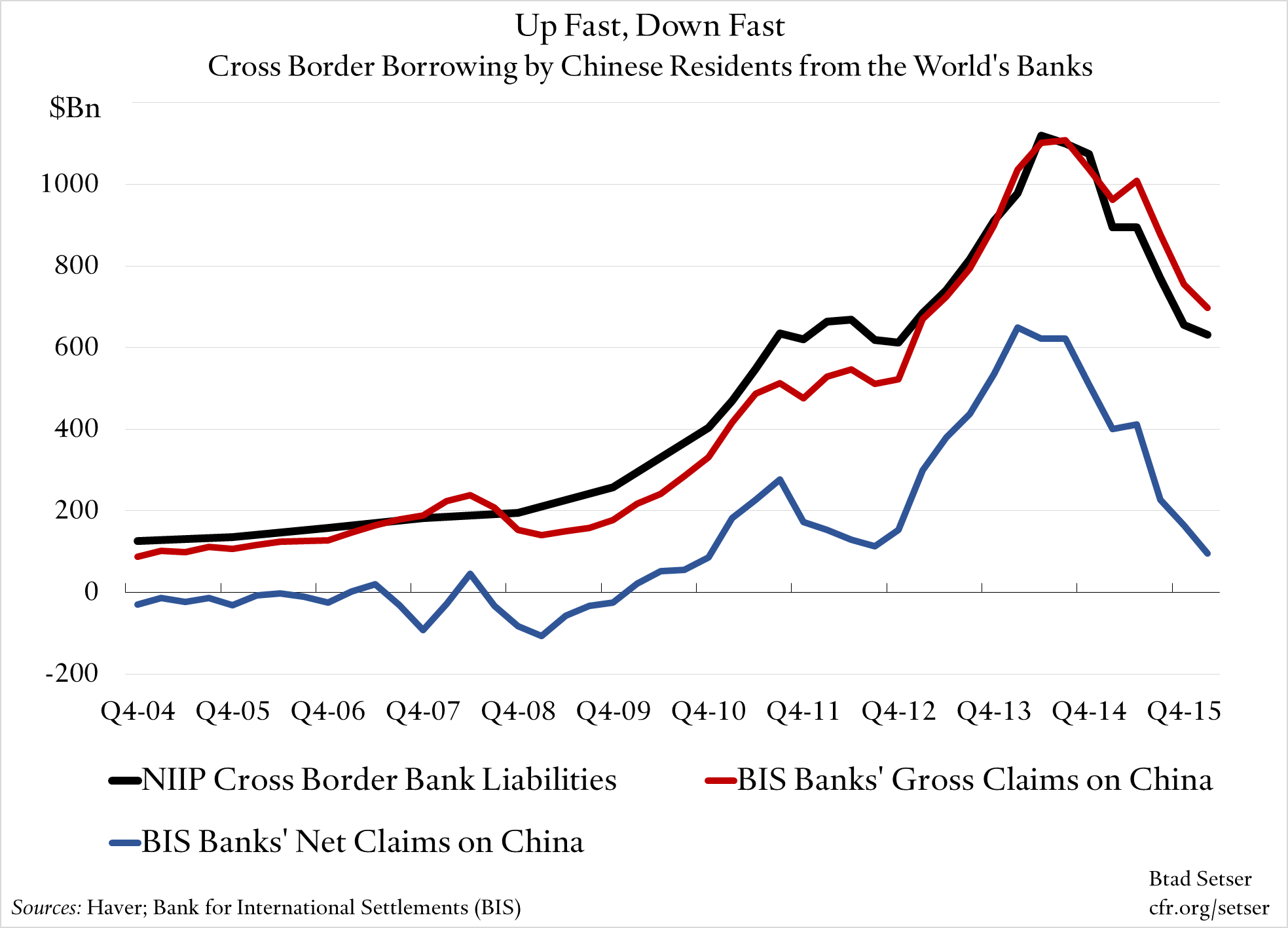 Either way, if a bad month means $20-30 billion in sales, China isn’t going to run out of reserves anytime soon. For now, the desire (or desire, combined with ability to execute) of Chinese savers to hold foreign assets seems to be roughly equal to China’s underlying current account surplus. Hence the broad stability in reserves.

August should be fairly calm on the reserve front. The yuan has appreciated a bit against the dollar recently. And if you squint, you can argue that it also has been stable (rather than slowly depreciating) against a basket, at least for a few weeks. There is no reason to expect large sales.

Still Struggling to Make Sense of the 2016 U.S. Trade Data