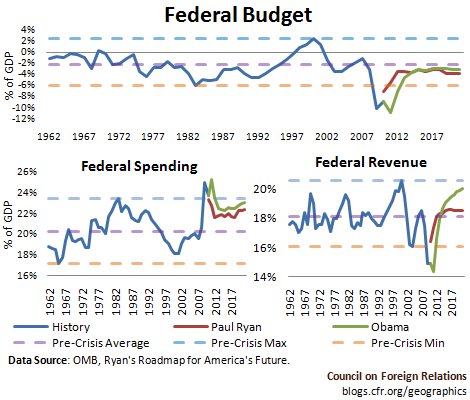 The rapidly approaching August 2nd deadline, as proclaimed by the U.S. Treasury, for raising Congress’s self-imposed debt ceiling is producing a flurry of deficit-reduction plans – or, more accurately, plans for having plans.  Whereas a U.S. default triggered by a failure to raise the debt ceiling is the worst possible way to address the country’s unsustainable deficits, as it would cause borrowing rates to soar and pummel growth prospects, raising the debt ceiling without a credible deficit-cutting agreement still poses real risks of imminent, damaging market turmoil.  This is because of the regrettable but real power of the credit ratings agencies, whose downgrade pronouncements trigger automatic selling and purchase-restriction directives hardwired into public and private investment fund guidelines.  S&P has announced that it needs to see a $4 trillion deficit reduction commitment over 10 years—consistent with stabilizing U.S. debt as a percentage of GDP—in order to sustain the United States’ AAA rating.  Speaker Boehner’s plan aims at only $3 trillion in cuts; Senator Reid’s plan at $2.7 trillion.  Rep. Ryan’s plan is, from a practical perspective, meaningless, as its big spending cuts don’t materialize until well after 10 years.  President Obama’s budget also falls well short of the mark, relying on wildly optimistic near-term growth forecasts to juice the GDP denominator (see the Geo-Graphic here).  As the spending graph above-left shows, both Ryan and Obama set the country off on a path of much higher spending than the average over the past 50 years.  In short, debt ceilings and ratings agencies may be stupid inventions, but they will drive us into a major economic crisis if Congress doesn’t take serious action now.

Haass and Altman: How to Reduce the National Debt

China's Imbalances Are Bigger than Reckoned