There is a persistent debate over whether forecasters are excessively optimistic or pessimistic in projecting trends in pretty much anything, including energy. A new World Bank working paper looks at 116 projections over a period of 36 years to try and answer the question. One of the more interesting findings is that projections of future renewable energy production are pretty much random. That doesn’t inspire much confidence in any of the projections we’re working off today.

Here is a chart from the paper that shows the projected share of renewable energy in 2010 according to the 36 studies. 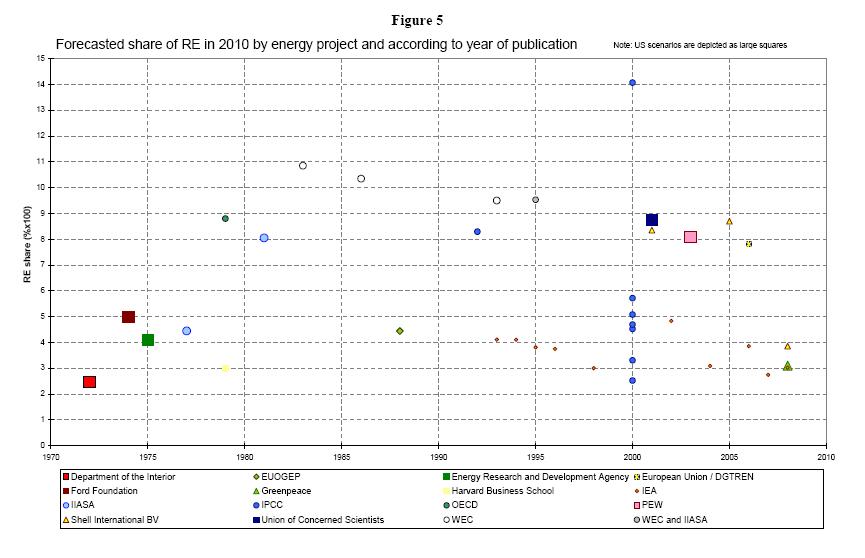 Can you see a trend? If not, that’s because there pretty much isn’t one. Here’s their fit: 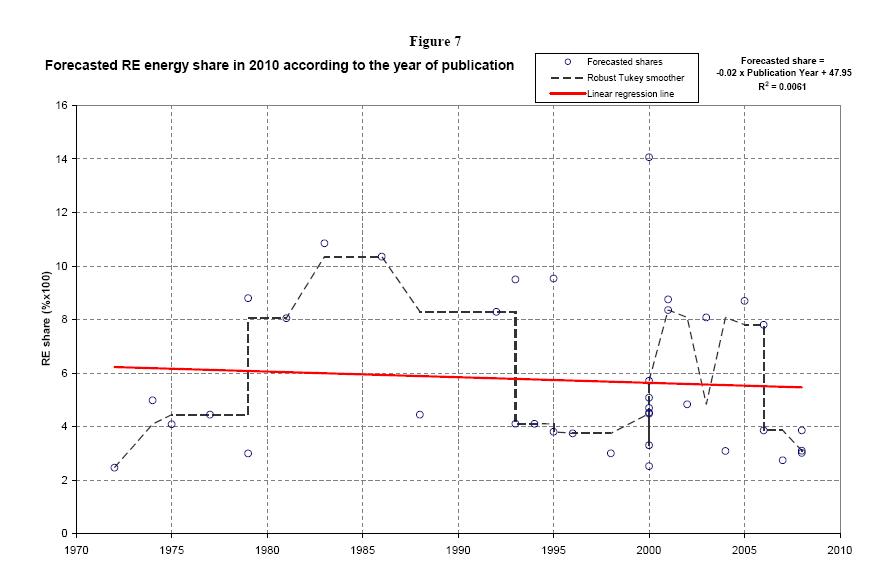 Not that these are completely random guesses – they are influenced by events. It’s just that those events don’t necessarily have the impact that modelers think they do. Take a look around 2000. You’ll notice that the projections perk up. Here’s the authors’ diagnosis:

“Studies published in 2000 seem to be influenced by the Kyoto Protocol which spurred optimism about carbon free energies.”

Somehow that didn’t quite turn out right.

Kerry-Lieberman is Looking Like a Nuclear Energy Jobs Bill

2020 Presidential Candidates Race to Renewable Energy, But How Will They Get There?