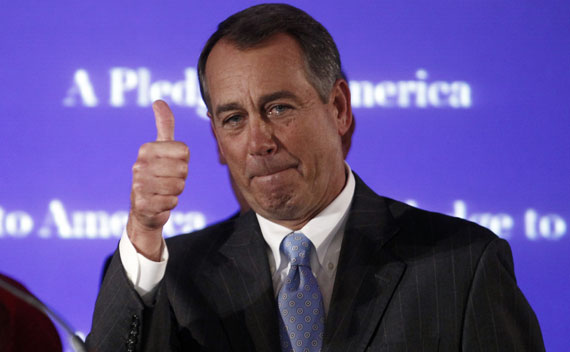 Two weeks after the midterm elections that shook up Washington, here are five things we know:

1. The Democrats took a beating.  When your party loses more House seats than in any election since Judy Garland was rehearsing her lines for the Wizard of Oz, you have taken a “shellacking.”

2. The Senate is not the House. Nearly a third of victorious Republican House candidates have never held elected office before.  Many of the new Senate Republicans, including John Boozman of Arkansas, Dan Coats of Indiana, Jerry Moran of Kansas, Mark Kirk of Illinois, Rob Portman of Ohio, and Marco Rubio of Florida are veteran politicians.  This would not have surprised the Framers, who expected the House to be a cauldron of passion and the Senate a bastion of experience.  Expect House-Senate bickering to be nearly as significant in the coming months as that between the White House and Capitol Hill.

3. Republican gains in 2010 will have long a long shelf life. Republicans did well in state legislative races.  They now control 26 state legislatures, seven more than after the Republican Revolution of 1994 and the most since 1994. Those gains give Republicans the advantage in the congressional reapportionment that is about to begin.  California also adopted a referendum to turn over redistricting to an independent commission. That too should help Republicans because Democrats drew the old district lines.

4. Midterm electorates differ from presidential electorates.  Have Americans changed their mind about President Obama?  Perhaps, but the midterm elections hardly prove the point.  Midterms draw substantially fewer voters than presidential elections, and those who do vote are older, whiter, and better educated—all demographic categories that favor Republicans.  Presidential electorates are bigger, younger, less white, and less educated—all categories that favor Democrats.  One quick example of the difference between the two electorates.  More than 5 million voters cast ballots in the 2008 Illinois Senate race; fewer than 3.5 million people voted in the 2010 Illinois Senate race.

5.  Hope springs eternal.  After the 2008 elections, pundits rushed to write eulogies for the GOP.  Time Magazine put an elephant on the cover of a May 2009 issue with the headline “Endangered Species.” So much for that prediction.  The lesson:  things change quickly in politics.  Obama might look down and out right now, but in 2012 he gets a more favorable electorate.  He also gets to run against a flesh-and-blood Republican, not every voter’s dream candidate.  So hold off on the Obama farewells.