At the governing council’s meeting today, the European Central Bank (ECB) announced that it will cut benchmark deposit rate to -0.3 percent, extend its quantitative easing (QE) program to at least March 2017, and broaden the scope of assets purchased. On several occasions since October, ECB President Mario Draghi has hinted an easing was coming, stating that the central bank will do what they must to “raise inflation and inflation expectations as fast as possible.” There is a strong economic case for action: inflation has stalled at levels well below the ECB’s target inflation rate of below but close to 2 percent (headline inflation in October was 0.1 percent), growth remains weak, and unemployment rates are still sky high. But, as in the United States, there are growing doubts about how much a boost of QE will provide to the European economy. A few thoughts on why the ECB’s move still matters.

First, as much discussed, the ECB’s further monetary easing will clearly begin a period of policy divergence with the Federal Reserve’s normalization of interest rates widely expected to begin this month. Given the different cyclical positions of the two economies, such divergence was inevitable, and I have previously argued that China-induced market volatility should not be a reason of indefinite inaction. Even after the Fed hikes, U.S. monetary policy will remain easy by any of a number of policy rules. Still, a divergence of this magnitude is likely to continue to exert appreciation pressure on the U.S. dollar against the euro.

Euro depreciation now appears to be the primary channel through which QE will boost demand in the euro area through improved trade competitiveness. The other central transmission channel, through additional bank credit, appears more muted in Europe than in the United States (my sense is that much of the improvement in credit numbers in recent months reflects the natural healing of the European economy, though QE no doubt has played a role). More broadly, euro depreciation will add to the external pressures on emerging markets by reducing demand for their exports at a time of continuing financial outflows. Meanwhile, in the United States, the political implications of a stronger dollar could also be profound during the election cycle if the euro continues to depreciate.

There is also a sense in which today’s decision represents a turning point, the end of a period when the ECB (like the Fed and the Bank of Japan) has been the dominant source of discretionary macroeconomic policy. This is not to say that the ECB is out of options—interest rates could be made more negative (though perhaps at a cost in terms of increased financial stability risks). Further, the proposal that some have made for the ECB to purchase equities and non-securitized debt is a bridge too far for now, but remains a “break glass” option. Still, it now appears that we are at a stage where further ECB options will have uncertain and potentially modest effect on activity, and where its decisions could become a source of greater unity or disunity in the euro area. For example, with the expansion of the program, ECB may soon run out of German or French bonds to buy, and have to resort to the bonds of bailed-out countries such as Ireland, Spain, and Portugal. This expansion could prove politically challenging, as fiscal disciplinarians (e.g., Germany) and populist governments (e.g., Finland) may argue against providing these former crisis countries with cheap financing.

A lot has been asked of ECB, and today’s move will be closely watched within and beyond Europe. The decision will be an important step in determining whether the region will soon return to a more sustainable growth trajectory in the next year. Still, at a time of rising global risks, lackluster growth and bailout fatigue in the region, and economic populism is rising across creditor and debtor countries, fiscal policy and the continuing efforts to advance economic union in Europe now will need to become a more central focus. 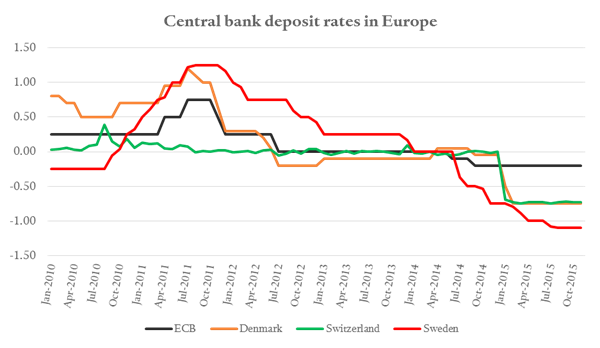