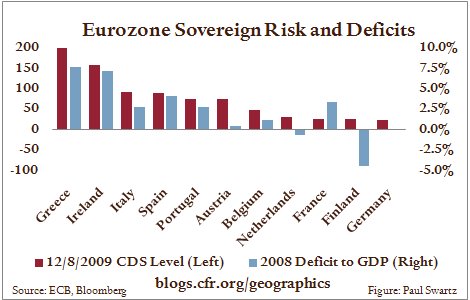 Fitch Ratings downgrade of Greek government debt has raised concerns about sovereign default risk. Within the Eurozone these concerns are particularly relevant because countries cannot print money to buy their own debt. These charts demonstrate a strong link between high deficits and high credit default swap spreads (CDS) - the market’s view of sovereign risk - and a very weak link between CDS spreads and overall debt levels. For example, although Ireland’s debt level is lower than Italy’s, Ireland, with a higher deficit, has a larger CDS spread. Investors fear deficits more than debt levels because deficits test the market’s willingness to finance a deteriorating balance sheet, while high but stable debt levels do not. 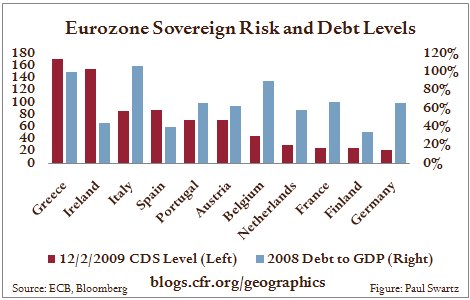 Mallaby: A Bad Omen In Dubai