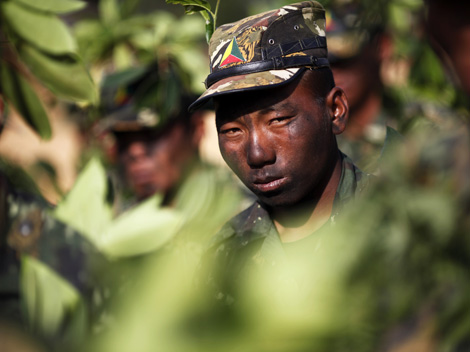 In the current issue of the Washington Monthly magazine, I’ve written a review essay that looks at the flaws behind international policy toward Burma (Myanmar). While most international attention, and particularly U.S. attention, has focused on the longstanding political standoff between the ruling junta and the democratic opposition, led for over two decades by Nobel laureate Aung San Suu Kyi, a crisis with potentially greater implications looms almost unnoticed.

In the northern and eastern parts of Burma, where the junta has shaky cease-fires with a number of ethnic minority insurgent groups, the military now wants to abrogate those deals and force the insurgents to become part of a army-led border guard. Many of the insurgent groups, including the most powerful, the United Wa State Army, which also happens to be allegedly one of the largest narcotrafficking organizations in the world, refuse, and the stage is set for renewed conflict bordering on civil war.

Why the ICJ Is Trying to Protect Myanmar’s Rohingya