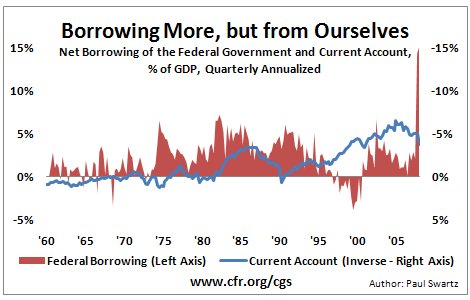 U.S. government borrowing has grown substantially since the start of the economic crisis. Many fear that this trend will diminish U.S. power relative to other countries, particularly large creditor countries such as China. But the sources of borrowing have changed as well. More of the financing is now coming from domestic rather than foreign sources. What role does the level and source of borrowing play in determining relative power?

CFR Meeting: The Global Consequences of the Crisis