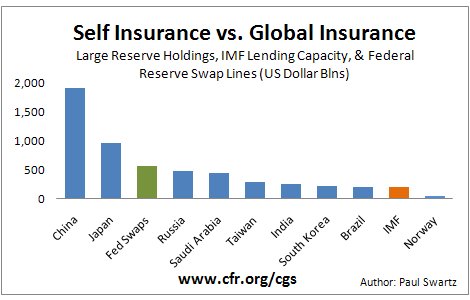 G20 leaders are meeting in Washington to discuss a possible overhaul of global finance. One topic on the agenda is whether to increase the resources of the IMF, which stood at $201 billion at the end of August. However, many underrepresented emerging market countries, such as China, would be wary of such a move without a shift in the power structure. The following articles tackle the agenda of the upcoming G20 meeting.

IIE: Preparing for the G-20 Summit

VoxEu.org: What the G20 Should Do on November 15th

Kleefrom: Eyes on the Summit

Under Trump, the United States Has Become an Irresponsible Stakeholder