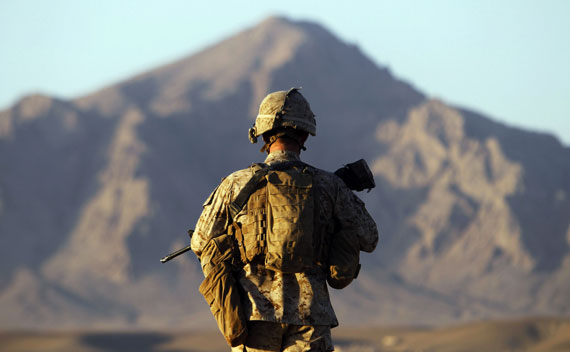 Above the fold. The White House is wrapping up its year-end Afghanistan strategy review.  Its conclusion, perhaps not surprisingly, looks to be that the surge strategy President Obama announced a year ago is working.  During a visit to Afghanistan this week, Secretary of Defense Robert Gates said that progress in the war has “exceeded my expectations.” The number of roadside attacks is down in some parts of the country, while the number of Afghan security forces is up.  That said, intense fighting continues in many parts of Afghanistan, and as the State Department cables posted by WikiLeaks make clear, U.S. officials have grave doubts about President Hamid Karzai and the progress being made in building functioning and resilient political institutions.  Rather than talking about an “inflection point” point in summer 2011 that would allow the United States to begin reversing the surge, administration officials are talking about 2014.  That’s the date when U.S. and NATO officials say that Afghan forces should be ready to take the lead in securing the country.  Meanwhile, the American public remains skeptical about Afghanistan.   According to a poll conducted by the Pew Research Center earlier this month, more Americans (47 percent) favor an immediate troop withdrawal than favor staying until the situation is stabilized (44 percent).

CFR Event of the Week. Wondering about the impact of the tax-cut deal on the economy?  Worried about the value of the dollar?  Trying to understand China’s competitive edge? Then check out the conversation that CFR’s Sebastian Mallaby had with James D. Grant, Richard C. Koo, and Ronald Temple in a “World Economic Update.”  Watch the full video, listen to the audio, or read the full transcript.

In the clip below, Temple argues that the government must come up with a credible plan to deleverage itself after the recession, and construct a long-term strategy to manage debt:

Backgrounder of the Week. North Korea’s provocative behavior has put Pyongyang back in the news.  If you are wondering why China tolerates North Korea’s bad behavior, check out this CFR backgrounder on relations between Beijing and Pyongyang.

Read of the Week. The Economist’s 14-page special report this week on China, “Friend or Foe?”, is must reading.  Whether you think the dangers of China’s rise are overplayed or underestimated, the report presents a rich array of information and analysis to mull over.  When you are finished reading you will know why adjusting to China’s rise will test American diplomacy.

Blog Post of the Week. Nate Silver of FiveThirtyEight dissects President Obama’s "relatively combative attitude" in the face of the liberal backlash against his deal to extend the Bush tax cuts across the board.  "Essentially it amounts to a dare," and one that Silver thinks Obama will win. Liberal voters will swallow their anger in 2012 and turn out to vote for Obama because they will decide that it is better to have a disappointing Democrat in the White House than just about any Republican.  In short, here polarization works to Obama’s advantage.  [But one of the policy initiatives that Silver suggests Obama might push through the lame-duck Congress and thereby cool liberal anger--repeal of "don’t ask, don’t tell"--was defeated yesterday on a procedural vote in the Senate.)

Poll Question of the Week. A CBS News poll finds that 82 percent of Americans favor the New START Treaty. That’s good news for the White House—as far as it goes.  The push for New START is not running against the tide of public opinion.  But politicians care not just about what the public thinks but also about how intensely it holds those views.  The CBS News poll says nothing about the intensity of pro-treaty support.  That is, how many voters would punish their lawmakers for opposing the treaty?  The answer is, not a lot.  So public sentiment is not going to push New START across the finish line.

Chart of the Week. The Congressional Research Service, which provides policy and legal analysis for Congress, calculates that the United States has spent more than a trillion dollars on military operations around the world since September 11.  When measured in constant FY11 dollars, that is, taking into account inflation, the financial cost of the Iraq War now exceeds that of Vietnam, and the financial cost of the war in Afghanistan almost rivals that of the Korean War. But Korea and Vietnam dwarf Iraq and Afghanistan when it comes to battle deaths. 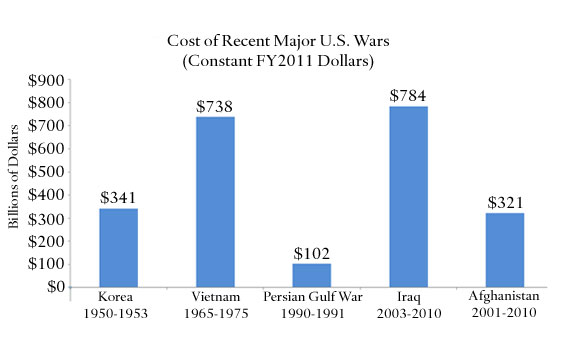 Too Good Not to Note. Dan Milbank explains why retiring Republican senator George Voinovich thinks members who served in the House of Representatives hurt the Senate.  Timothy Egan asks a question that has crossed many people’s minds--Why is a gifted commentator like Barack Obama unable to come up with a simple, overarching narrative for his presidency?   Elizabeth Economy explores China’s penchant for constructing alternative realities when events don’t go its way. Stephen Walt offers a realist’s take on American exceptionalism.  Walter Russell Mead argues that the state of our fiscal health is less a threat to America’s place in the world than our lack of “a critical mass of thinkers, analysts and policy entrepreneurs who can help unleash the creative potential of the American people.”  While Washington is turning its attention to Afghanistan for the moment, Marc Lynch looks at what U.S. objectives might be in Iraq going forward.

Perils of Prediction. “There is no good reason for any individual to have a computer in their home.” Ken Olsen, President of Digital Equipment Corporation, Speech to a convention of the World Future Society, 1977.

Quote to Ponder. “We all know what to do, but we don’t know how to get reelected once we’ve done it.” Luxembourg Prime Minister Jean-Claude Junker.