Above the Fold. The TV cameras have left Tahrir Square to follow protests and government crackdowns in Bahrain, Libya, and elsewhere in the Middle East. But Egypt’s story is far from over. Egyptians now must construct a credible and effective successor government. That is a tall task, especially because credibility and effectiveness may be conflicting objectives. Credibility argues for including diverse political interests in the new government. But diverse interests could find it hard to govern effectively, especially when it comes to making tough choices about how to grow the Egyptian economy. The temptation will be to pursue populist policies that give people what they want in the short run but leave them with a steep bill to pay in the long run. The danger will be stalemate and the perpetuation of an economic status quo that many Egyptians find unacceptable. Either outcome would likely derail Egypt’s ability to make the transition from autocracy to democracy.

CFR Event of the Week. Twenty years after the Gulf War ended, CFR convened four officials from President George H.W. Bush’s administration to assess their decisions and the outcome of the war: CFR President Richard Haass, who was senior director for Near East and South Asian Affairs on the staff of the National Security Council during the war; David E. Jeremiah, then vice chairman of the Joint Chiefs of Staff; Brent Scowcroft, then national security adviser; and Paul D. Wolfowitz, then undersecretary of defense for policy. Rick Atkinson, who covered the Gulf War as a reporter for the Washington Post, moderated the discussion. You can read the transcript, listen to the audio, or watch the video.

Read of the Week. The New Yorker’s James Surowiecki makes the case for President Obama’s proposal to increase government investment in education, infrastructure, and new technology even in the face of a ballooning federal budget deficit. The basic idea isn’t far-fetched; it’s what many companies do during a downturn. And the evidence suggests that companies that do invest more in R&D during periods of slow growth do better than those that don’t. The challenge, of course, is to make the right investments.

Blog Post of the Week. Ever heard of zugzwang?  Me neither. It refers to a situation in chess where a player would be better off passing her turn because making a move would leave her worse off. Nate Silver uses the concept to think through how the budget brawl between the White House and congressional Republicans might play out. Spoiler Alert! Nate doesn’t see a situation in which the two parties make nice and reach a grand bargain that fixes our fiscal mess.

Chart of the Week. Gallup asked Americans to rate a group of countries in terms of whether they are “vitally important, important but not vital, not too important, or not at all important” to the United States. Not surprisingly, China topped the list, followed by North Korea and Iran. Israel’s fourth place finish reveals a lot about U.S. support for Israel—a large swath of the American public values the U.S.-Israeli relationship. Afghanistan’s sixth place finish suggests one reason why it has not become a divisive political issue even though most Americans think our current policy is misguided. Canadians, who often fret that we ignore them, will be happy to know that more than a third of Americans think Canada is vitally important to the United States. 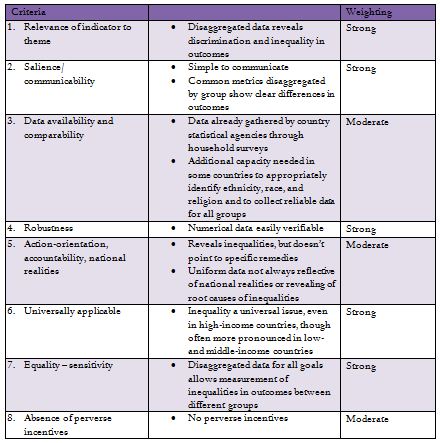 Too Good Not to Note. Liz Economy discusses how water scarcity could crimp China’s future. Nate Silver surveys the potential 2012 Republican presidential field and concludes that in historical perspective it looks like a weak group. CNN’s Elise Labott asks whether Secretary of State Hillary Clinton can remake U.S. foreign policy. Geneive Abdo looks at how the United States might help Iranians follow the Egyptians and throw out an unpopular regime. Walter Russell Mead waxes eloquently on Thucydides’s lessons for America today.

Perils of Prediction. The Coming War with Japan. A 1991 book by George Friedman and Meredith Lebard that predicted that Japan would use the end of the Cold War to reassert its influence in the Pacific. To point out the obvious, it’s twenty years later and the United States and Japan have yet to go to war.

A Reason to Smile. Spring training.

The World Next Week: Egypt Fever Continues to Spread in the Middle East