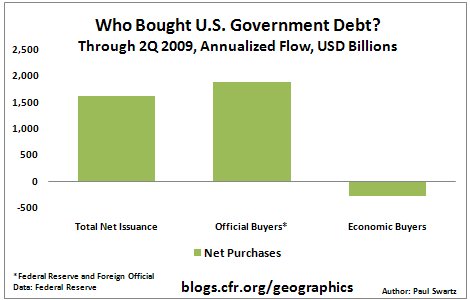 This chart shows who financed the massive amounts of debt that the U.S. government issued in the first half of 2009. The total net issuance of treasuries and agencies is shown on the left, and economic sectors are ordered from left to right by the size of their total purchases. Given the federal backing of the GSEs – government sponsored entities such as Freddie Mac and Fannie Mae – it is best to look at the sum of treasuries and agencies rather than treasury issuance alone. Through the first two quarters of 2009, issuance has been financed primarily by official buyers. Official buyers often have motivations other than profit. The Federal Reserve is buying debt as a part of its quantitative easing program, while some foreign central banks are accumulating debt as a function of their currency policy. The Federal Reserve plans to slow and then stop its purchases by the end of the first quarter of 2010. This raises the question of who will replace this source of demand, and at what price. 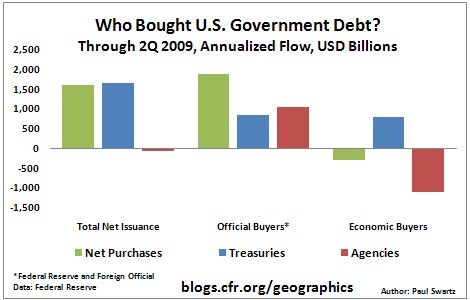 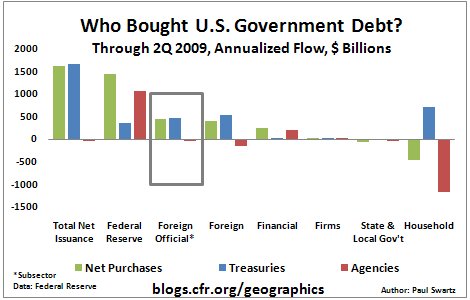 Wolf: Finding a Route To Recovery and Reform Gets Tough Now

Coote: On The Money