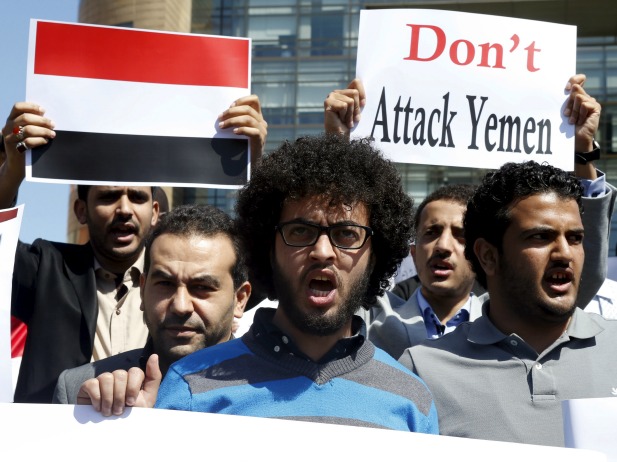 I’ve been busy so I enlisted Marisa Porges to guest post today.  Marisa is a former international affairs fellow at CFR. Before her turn at the Council, Marisa worked at DoD and Treasury on counter-terrorism issues.  Before civilian life, she was a naval aviator, flying EA-6Bs off of carrier decks.  Extremely cool.  Enjoy…

I originally intended to hijack Steven’s blog to highlight the statement Secretary of Defense Robert Gates made last week, when he noted that America’s “biggest tools, particularly with respect to Yemen, are the partnership capacity of the Yemenis themselves.” This description of Washington’s future efforts in Yemen as a partnership not just with Sana’a but with Yemenis is pivotal and worth repeating, again and again.

I’ll dig further into that story the next time Steven leaves his computer unattended. Instead, I’ll focus on the three most important Al Qaeda in the Arabian Peninsula (AQAP) stories that came out over the weekend:

More important was AQAP’s description of their goals:

1. “[T]hat the packages pass through the latest security equipment.” - DONE

2. “[T]o spread of fear that would cause the West to invest billions of dollars in new security procedures.” – IN PROCESS

3. “[T]o cause maximum losses to the American economy. That is also the reason why we singled out the two U.S. air freight companies.” – LET’S    WAIT AND SEE

This concern is anything but new, though the public admission by senior Saudi officials is novel. Friday’s remark prompted an immediate    response by Yemeni officials who protested that Prince Turki must not have been speaking on behalf of his government.