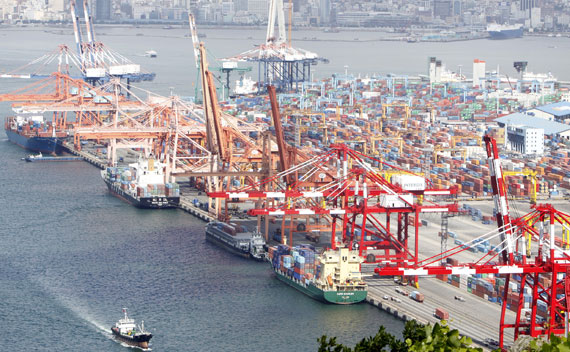 The fate of the New START Treaty is dominating discussion in Washington this week. But it’s hardly the only foreign policy on the agenda. Another issue with significant policy and political consequences is trade. I asked my colleague, Chris Tuttle, director of CFR’s Washington Program, to offer his thoughts on how President Obama’s effort to jump-start a stalled trade agenda will fare on Capitol Hill. Chris knows a bit about both Congress and trade. He spent eight years working on the Hill. He also did a stint at the State Department, where one of his duties was trying to persuade Congress to pass the Free Trade Agreements (FTAs) that are now in limbo.

Following the midterm elections, progress on the bulk of the Obama agenda appears headed for a significant slowdown, if not an outright standstill. But, ironically, a handful of the president’s priorities may now get more traction thanks to the drubbing voters handed him November 2. One of those issues is trade. Why? Because on trade, ascendant Republicans in the House and Senate now have him right where they want him.

Some background: since late in George W. Bush’s administration, bilateral free trade agreements with Korea, Colombia and Panama have languished, awaiting action in the Democratically-controlled Congress. Obama has said he supports FTAs with each of these countries, a risky move for a Democratic president. Thankfully for him, Democratic domination of both houses prevented these agreements from ever seeing the light of day. This gave the president political cover – he could say he supported free trade without having to deal with the political consequences of his trade agenda actually becoming reality.

But the midterm elections have changed this dynamic. Republicans recognize that they stand to benefit by forcing the Obama trade agenda on none other than Barack Obama himself. And now they’re in a much better position to do so.

Let’s say the Korea FTA (assuming it is successfully renegotiated) finally makes it through the new Congress next year. If that deal passes, Obama will face increased skepticism from sizable portions of his core supporters, from unions to anti-globalization types. These people were already concerned enough about the president’s credentials on their issues to stay home from the polls and keep their checkbooks closed during this election cycle, and the president should be concerned they’ll do it again in 2012. Some will argue that a single free trade agreement is a small item in the grand scheme of things, but passage of an Obama-backed FTA would become yet another reference point in a growing narrative within Obama’s base that the president has forsaken them.

On the other hand, if the Korea FTA doesn’t pass, it will almost certainly be the result of anemic support from Democratic legislators. The business community, already upset with the president because of policies many of their members view as anti-corporate, will see a failure of the Korea deal as a clear sign that the president can’t – or won’t – deliver, even with the support of the House Republican leadership and a large number of Republican legislators. These interests made significant contributions to the colossal fundraising machine that helped put the president where he is today, and he’ll need those dollars working for him – or at least not working against him – in the 2012 race, particularly in these post-Citizens United v. FEC days.

No matter which way the issue breaks, it’s a problem for the president, and Republicans know that.

True, free trade is polling poorly these days. Depending on who you talk to, it’s less popular than ever. But Republican conferences in the House and Senate – a few anomalous new Tea Party members aside – are generally true believers on the issue and will remain fundamentally in favor of free trade in the 112th Congress. The majority of Republican members already have a pro-trade record, and one or two more votes aren’t likely to move numbers in their re-elections. For most Republicans, both collectively and individually, a “box-in-the-president-on-trade” strategy is a low-risk, high-reward venture.

So, the good news for Barack Obama? It looks like his trade agenda may finally start moving forward.

And the bad news for Barack Obama?

It looks like his trade agenda may finally start moving forward.