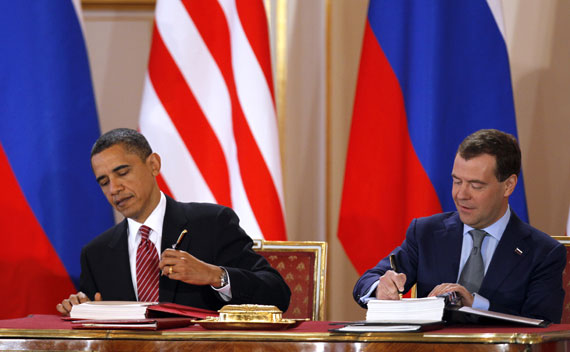 My colleague Kay King has a new Council Special Report out on Congress and National Security. The report examines the sources and consequences of Congress’s surging partisanship, and it offers some recommendations for procedural changes Congress could and should adopt to lessen the partisan vitriol. When the House and Senate convene in January, lawmakers will decide the rules that will govern their operations. Some junior Democratic senators are already pushing for significant changes in Senate operations.

Kay knows a thing or two about Congress. She worked as a senior legislative assistant for foreign and defense policy for Senator Joe Biden, and she served as a deputy assistant secretary of state for legislative affairs during the Clinton administration. Kay has graciously agreed to offer her thoughts about the fate of foreign policy in the current lame-duck Senate.

With less than three weeks to complete its work and with the nation’s focus on deficit reduction, job creation, and tax relief (not to mention the imperative to fund government operations for the next year), the prospects for the 111th Congress taking up foreign policy issues in the lame-duck session have never been good. But prospects dimmed considerably yesterday with the news that the pending strategic arms reduction treaty – or New START as it is called – hit a snag in the Senate because some lawmakers believe there is insufficient time to resolve outstanding treaty-related issues.

Of course, when an issue is important enough, the Senate can make the time to deliberate on it. But, as the gridlock of the last two years has demonstrated, lawmakers often use the rules to obstruct and delay action in order to advance their own agendas on domestic and international issues. In the aftermath of the mid-term elections, the American electorate had hoped that their anger would lead lawmakers to recommit themselves to bipartisanship and compromise. The delay with the New START treaty is an early indicator, however, that the Senate plans to pick up where it left off in October, continuing business as usual into the 112th Congress by allowing the exploitation of congressional rules that results in the very stalemate that has so angered voters.

Postponement of a vote on the treaty, if it holds, would be regrettable for both substantive and process reasons. As a treaty proponent, I believe it would delay the further reduction of nuclear weapons by Russia and the United States and hinder the restoration of inspection and verification measures that ended with the expiration of the START I Treaty in December 2009. It would also undercut the U.S.-Russia relationship at a time when Moscow’s help in Afghanistan as well as with slowing Iran’s nuclear progress is of great consequence. But whatever one thinks about the treaty’s merits (or lack thereof), Senate failure to perform its constitutional advice-and-consent role in a timely and responsible manner diminishes the Senate as an institution. Inaction plays into the hands of critics who maintain that the gridlock resulting from abuse of such Senate rules, practices, and procedures as holds on presidential nominees and filibusters on non-controversial bills renders the institution dysfunctional. The stalemate also prompts both allies and adversaries to question how a world power with a dysfunctional national legislature can continue to lead on the global stage.

Of course, the offending Senate rules, practices, and procedures are nothing new. What is new is the extent to which the use of politically motivated tactics to advance partisan or personal objectives over national interests has increased in the last two decades. The impact has been particularly adverse on U.S. diplomacy and development initiatives because the dysfunction pushes most foreign policy matters, short of crises, off the Senate agenda under the pretext that more pressing domestic issues are lined up. When a single lawmaker can tie the Senate in knots with a filibuster on a widely supported measure to extend unemployment benefits, other business such as treaties, not to mention legislation to guide foreign assistance programs, get crowded out. In fact, Congress has failed for twenty-five years to pass a comprehensive bill to authorize foreign assistance programs and only sporadically passes bills to authorize operations at the State Department. This failure to adequately support diplomacy and development initiatives ultimately places a greater burden on the military and defense budgets.

With its leadership’s apparent reluctance to schedule floor time for New START, the Senate appears to be on a path toward pushing another important national security measure off into the indefinite future. It’s puzzling that a great institution that has been so maligned in recent months for its obstruction and delay would not seize the opportunity to prove its critics wrong by performing its constitutional advice-and-consent role on an important treaty in a timely, bipartisan fashion.

It is not as if the Senate had insufficient time to review and deliberate on the treaty. It was signed by the United States and Russia in early April and submitted to the Senate for its advice and consent on May 13 – more than six months ago. Since then, the Senate has performed its constitutional role with great care and deliberation, hosting more than twenty hearings and briefings with numerous administration officials. The chairman and ranking member of the Senate Foreign Relations Committee (SFRC), which has jurisdiction over the treaty, worked with colleagues to address their concerns about missile defenses, tactical nuclear weapons, verification and inspection measures, and imbalances in reductions. This effort resulted in a resolution of ratification with ten conditions, three understandings, and thirteen declarations that garnered a favorable bipartisan vote of  fourteen to four in the SFRC on September 16. The treaty was placed on the Executive Calendar for consideration by the full Senate on October 1. Interestingly, the last arms control treaty that was approved by the Senate – the 2002 Moscow Treaty – received a vote by the full chamber within a month of its committee approval. This fall, however, a few lawmakers, taking full advantage of the Senate rules and well within their rights, decided to delay a vote on New START in order to extract concessions from the executive branch. Now that the administration has complied with their requests, one can only wonder what the real motive is for the continued delay.

Such inability or reluctance to act on a thoroughly vetted treaty raises questions about the Senate’s institutional efficacy. What does it say about the relevance of committees if the combined decades of experience and expertise of the chair and ranking member of the committee of jurisdiction that produced a favorable bipartisan committee vote are not enough to convince the Senate leadership that it is time to move on the treaty? What does it tell the electorate about the value of expertise if the Senate leadership chooses to delay consideration of the treaty until the 112th Congress when such a move will result in the loss of the collected expertise of the current Senate? Not only will delay require the expenditure of precious time to educate seventeen (or eighteen depending on the outcome of the Alaska vote count) new senators about complicated arms control issues, it will also mean revisiting the treaty in committee and educating the minimum of three new senators who will join the SFRC in January. What does it convey about the importance of U.S. national security (including renewed access to Russian missile sites) if the treaty is pushed off to an uncertain future – one that is likely to be so focused on the domestic issues raised by voters in the 2010 elections that the treaty will likely get crowded off the Senate schedule indefinitely or be subjected to new demands that move the goal posts for a vote further down the field?

The answers are not encouraging, although there are some signs that change may be on the way. As Jim Lindsay mentioned, the good news is that several junior senators have been working on proposals to revise Senate rules, practices, and procedures, taking aim first at the filibuster that allows a single Senator to prevent action on a measure. Efforts are also under way in the Senate to change the “hold” practice – that is, allowing a single lawmaker to take legislation or a presidential nominee hostage by threatening to filibuster if desired action – often on an unrelated matter - is not taken. These initiatives promise to ease gridlock and, if combined with reforms to committees and measures to increase expertise in both chambers, congressional performance will improve significantly. For example, a reduction in the number of committee assignments for each lawmaker will provide them with more time to become expert on the matters before the committees on which they serve. Restoring committees to their former roles as the primary centers of expertise within their jurisdictions and providing them with increased non-partisan staff will strengthen expertise. All of these reforms will have to be coupled with a sincere effort by lawmakers to seek and accept compromise on a bipartisan basis. In the meantime, before the much maligned 111th Congress ends, the Senate has a last opportunity to prove its critics wrong by voting on the New START treaty and performing like the vital, dynamic legislative body that the framers of the Constitution envisioned.