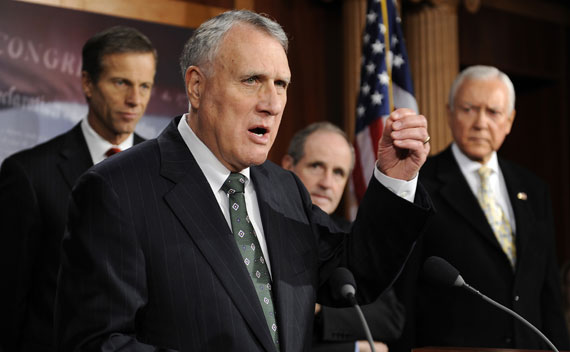 I asked my colleague, Chris Tuttle, a Capitol Hill veteran, for his quick reaction to the Senate’s approval of the New START Treaty. Here are his thoughts:

In the past week, thanks to the sluggish pre-holiday news cycle, we’ve all been treated to a exhaustive blow-by-blow account of Senate Democrats’ lame-duck endeavor to get the sixty-seven votes needed to ratify the New START treaty between the United States and Russia.

Every now and then, the stars align and we get this kind of front-row, Jurgis Rudkus’s-eye view of the United States’ national legislature at work. For those of who have toiled in the fields of the House and Senate, these moments are reminders of day-to-day Capitol Hill life; for casual Congress-watchers, they offer an instructive study of how things get done in Washington.

Despite coverage and commentary to the contrary, this episode played out in a way that wasn’t necessarily all that shocking – a number of consistent, informal “rules” governing congressional action were on display, among them:

All this is not to say that what happened was predictable. It wasn’t. But based on the guidelines above, it wasn’t all that surprising either. Some who have watched this process play out will no doubt point to the whole affair as evidence of a “broken” Congress. It’s not. It’s just how the sausage gets made.