I wrote the following for a CFR "expert brief" which originally appeared here. 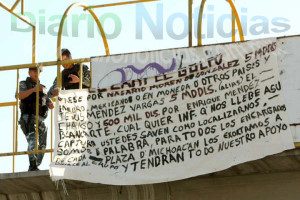 Brazen assassinations, kidnappings, and political intimidation by drug lords conjure up images of Colombia in the early 1990s. Yet today, it is Mexico that is being engulfed by escalating violence. In 2007, drug related killings topped 2,250; in 2008 they reached nearly 6,000. Drug cartels are adopting guerrilla-style tactics - sending heavily-armed paramilitary battalions to attack police stations, ambush military brigades, and assassinate high-level security officials, political officials, and journalists. They also are adopting innovative public relations strategies to encourage recruits and intimidate their enemies and the population in general: hanging narcomantas--drug banners--in public places, placing videos on YouTube depicting gruesome murders, and more recently staging street protests against the military’s presence in some of Mexico’s largest cities and most violent regions.

Mexico’s drug business has changed significantly since the 1980s. Previously primarily middlemen, Mexican drug cartels now produce, transport, and distribute drugs. Every year over 500 metric tons of cocaine, 15,500 metric tons of marijuana, 18 metric tons of heroin, and a still unknown amount of methamphetamines make their way through Mexico into the United States. These cartels also supply Mexico’s growing domestic market for illegal substances, and their networks have become increasingly sophisticated. U.S. and Mexican interdiction efforts in the last two decades weeded out mom-and-pop operations, leading drug trafficking organizations to professionalize their operations and add former Mexican military officials, some of them U.S.-trained commandos, to their payrolls. They also diversified their business structures, adding new products (such as meth) and moving into U.S.-based distribution and production.

Sending in the Army

Mexico’s President Felipe Calderon has not taken the growing power -- and increasing violence -- of the drug cartels stoically. At the start of his term a little over two years ago, he launched his own war on drugs, deploying over 30,000 military troops in several states to quell the violence and take back the streets from narco-traffickers. He has pushed through legislation to reform the judicial system and to revamp Mexico’s intelligence gathering and federal police forces. He opened an academy to train federal-level police officers and instituted new evaluations to test police officer honesty (in particular potential links to narco-traffickers).

Calderon sees the increasing violence and brazenness of the cartels in recent months as evidence that the government’s multipronged attack on the drug cartels is working. The increased bloodletting is taken as a sign of cartel disorder and even disintegration, as drug kingpins are arrested and "business as usual" disrupted. Others are less sure, seeing the growing number and audacity of attacks as a threat to the very state. Newspaper pundits have already dubbed the military effort as "Calderon’s Iraq." While the vast majority of the public, according to opinion polls, lauds Calderon for his efforts, they increasingly question whether the president’s campaign can succeed. Polls also show that most Mexicans distrust the police, highlighting that the challenges to law and order also come from within the government.

At this juncture, it is still unclear who will "win" this war on drugs. What is clear is the outcome is vital to the United States, given that the two countries share the most active border in the world (with over 500,000 crossings each day), and that Mexico is the United States’ second largest export market, our third largest oil supplier, most significant source of immigrants, and largest source of illegal drugs.

The broader U.S. foreign policy community only recently woke up to this mounting violence next door. Retiring CIA chief Michael Hayden stated in January that Mexico could be as serious a challenge as Iran for the Obama administration, and may be more problematic than Iraq. The U.S. Joint Forces Command’s "Joint Operating Environment 2008" depicts a rapid and sudden collapse in Mexico (as well as Pakistan) as one of its "worst case scenarios" -- unlikely, but possible. Mexico’s nefarious criminal organizations have already infiltrated across the border. In fact, the U.S. Justice Department identifies Mexicans gangs as the "biggest organized crime threat to the United States."

What can and should the United States do? First, the United States should "do no harm" to its southern neighbor. This, essentially, involves the United States getting its own house in order and enforcing its own laws. U.S. gun laws prohibit the sale of weapons and ammunition to foreign nationals or "straw buyers." They also forbid the unlicensed export of guns. Nevertheless, the Mexican government and the Bureau of Alcohol, Tobacco, Firearms, and Explosives (ATF) have tracked over 90 percent of the guns used by the cartels in Mexico to U.S. gun shops and shows, most of them within miles of the border. Enforcing U.S. gun laws and inspecting traffic on the border going south -- not just north -- would help reduce the tools of violence in Mexico.

South-bound traffic inspections would also hinder the smuggling of large amounts of cash from U.S. drug sales. Estimates of these flows range widely, but most believe some $15 billion to $20 billion heads across the U.S. border into the hands of Mexico’s drug cartels each year. This number overwhelms the $400 million in security-oriented funds the U.S. government provided to the Mexican government for 2009 (until last year it was only $40 million). The successful CIA-based Foreign Terrorist Asset Tracking Center, ramped up in the years since the terrorist attacks of September 11, 2001 to thwart terrorist financing, should be replicated to go after drug-related money.

It is also time for the United States to shift the emphasis of its drug policy toward demand reduction. Numerous studies show that a dollar spent in the United States in the drug war is vastly more effective than those put toward eradication and interdiction abroad. Furthermore, a study by RAND found that, in the longer term, treatment is more than five times as effective as conventional enforcement. By reducing the number of hardcore addicts (and their willingness to pay almost anything for a fix), prevention and treatment can lower the drug profits that buy guns, corrupt law enforcement agents, and undermine the Mexican government.

The United States should also work with Mexico to tackle this mutual problem. Until just last year, the United States provided less than $40 million dollars a year in security funding to its southern neighbor -- in stark contrast to the over $500 million designated for Colombia. This changed with the passage of the Merida Initiative last June, which provides Mexico with $1.4 billion worth of equipment, software, and technical assistance over a three-year period. While an important corrective from the past, the Merida Initiative cannot be the full extent of U.S. involvement in Mexico’s security. It needs to be just the start of a more comprehensive program to the broader -- and perhaps more intractable problems -- that Mexico faces.

While explicitly recognizing the need to reform and strengthen police and judicial institutions, Merida’s first year of funding is equipment heavy. Given the long-time horizons of institution-building work, back-loading U.S. support for these efforts pushes the long-term sustainability of any successes further down the road. In addition, the Merida Initiative ignores the most difficult aspects of Mexico’s situation -- namely the failure of state and local law enforcement. Drug money decimated these front lines through cooptation and repression. Local civil servants are those most apt to face the difficult choice of "plata o plomo" -- money or death. The deep-seated dysfunction of the local police and court systems forced Calderon to rely on the military. But the military cannot permanently fill this void. Nor can the federal police -- comprising a mere 5 percent of the 380,000 officers in Mexico -- take on the burden of national security. Mexico must strengthen state and local law enforcement to democratically reassert control throughout its territory. The United States (and Mexico) must recognize this reality, and refocus efforts accordingly.

Drug trafficking is a mutually-created problem demanding cooperative solutions. As long as U.S. demand for illegal drugs persists, vendors from Mexico (and elsewhere) will supply this lucrative market. Increased cooperation, funding, and law enforcement actions will not "end" the drug trade. Realistically, the best the United States and Mexico can hope for (given the presence of the illegal drug market) is for organized crime to decline from a threat to the state in Mexico to a law enforcement problem, similar to the illegal drug business in the United States and now in countries like Colombia.

The United States and Mexico are now inextricably intertwined through their economies, their societies, and their security. The United States benefits from Mexico’s successes, but also shares its challenges. In this new phase of the war against drugs, neither country can afford to lose.

Screening and Discussion of "Blood on the Wall"