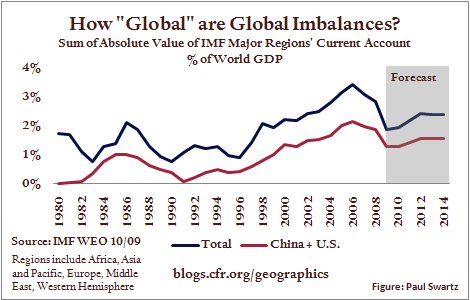 Global imbalances, as reflected in the current account deficits and surpluses of the world’s major regions, fell with the collapse of trade and oil prices in 2008, but should rise again as both recover. This chart shows that global imbalances are driven primarily by the U.S. and China. Absent significant macroeconomic policy changes in one or both, the likelihood of a sustained, significant improvement in global imbalances, without another crisis, is small.