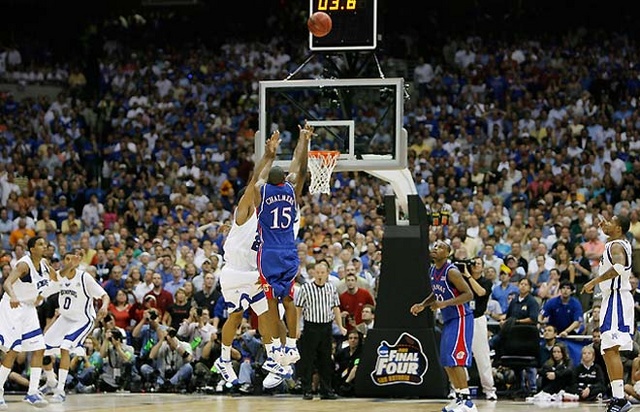 I thought that the KU Jayhawks had a shot to comeback from their mini-slump late in the second half that allowed Memphis to open up a lead when Collins stole an inbound pass late in the game and then hit a three from the corner to cut the lead to four.    I thought the Jayhawks had a shot when CDR (Chris Douglas-Roberts) missed two free throws late in the game.   I also thought that they lost their shot when KU couldn’t rebound the Douglas-Roberts miss.   But Derrick Rose only made one of two, Collins somehow passed the ball to Chalmers as he was falling down, and then Chalmers hit THE SHOT.

When Texas won a national title in a sport that folks down in Texas tend to think matters, I seem to remember that someone over at Angry Bear painted the Angry Bear site Texas orange.   I don’t have the same ability to change RGE’s color scheme, but if I could, I would.

Could a stronger RMB help limit food inflation in China

To Save the Natural World, Put a Price on It