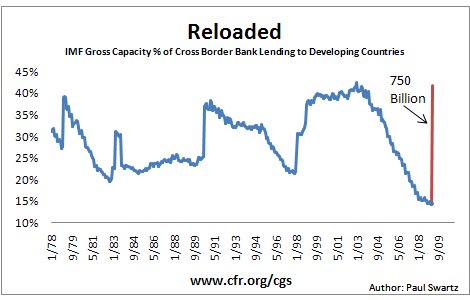 IMF lending capacity as a percent of cross border bank lending to developing countries has declined steadily over the past three decades. The global economic crisis has revealed the need for more funds. In response, G20 leaders agreed to increase the IMF’s lending capacity by $750 billion. 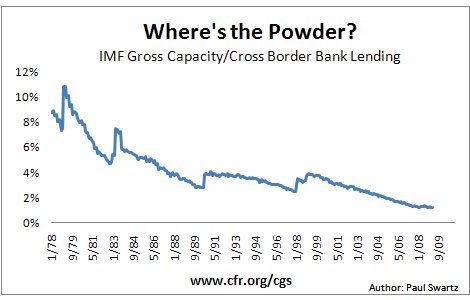 Economist: The IMF-More to Give

Peel: Political Will For IMF Reform Is Lacking 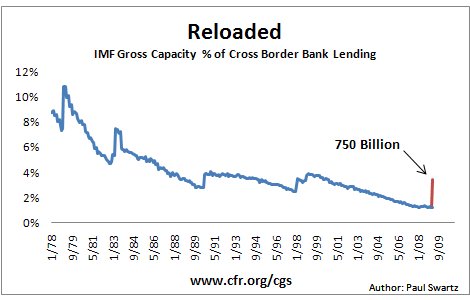