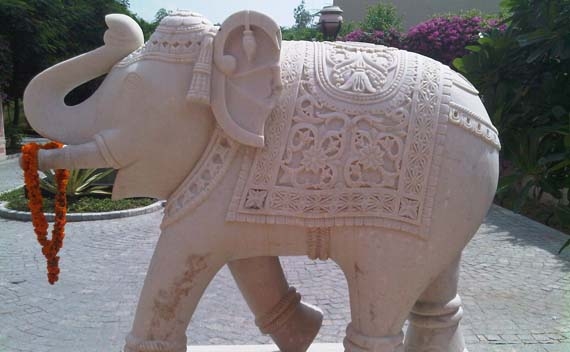 After a week of meetings with Indian academics, think tank analysts, and government officials, I came away with a clear sense that there is a great deal of concern about China in Delhi these days. There was not a lot of talk about opportunities in the bilateral relationship, and I lost count of the number of times I heard the phrase “new aggressiveness”. Other popular expressions included “pushing at our borders” and “spreading influence throughout South Asia.” More people at the Ministries of External Affairs and Defence, I was told, would be spending more time on China issues.

It was also hard to escape geopolitics. Indian interests now extend from Aden to Singapore, from the Straits of Hormuz to Malacca. Delhi will economically integrate with Asia, and work closely with Hanoi and Tokyo. China, in turn, is exploiting the chaos in Afghanistan and Pakistan to extend its influence in the region and into Central Asia.

In this context, the idea of securing the global commons—the air, sea, space, and cyber domains that are the “connective tissue of the international system”—is an attractive big idea to many Indians and Americans (see this excellent piece by C. Raja Mohan) and it is likely to be part of any joint statement issued during President Obama’s upcoming visit. Cooperation is already well developed in the maritime arena, and progress is likely in defining some common norms of state behavior in space and cyber.

There is a risk of expectations getting too far ahead of reality. The United States and India still have serious differences of opinion about Iran, Burma, and Pakistan; on issues of sovereignty, Delhi has traditionally been closer to Beijing than it has been to Washington. Indian capabilities remain underdeveloped and trust, especially surrounding technology issues, lacking. Both sides have internal preoccupations: the economy in the United States, domestic security in India. But all signs point to the two cooperating more closely. India wants to make sure that it is working with the United States, not to contain China, but at least to shape the regional security environment and make it harder for Beijing to push at borders and spread influence.

A New Threshold for Japan’s Diplomacy

Myanmar’s National Elections: What to Expect