Here are two views of China’s (goods) trade. Both use the exact same data.

The first presents China’s goods exports and imports as a share of the rest of the world’s GDP: 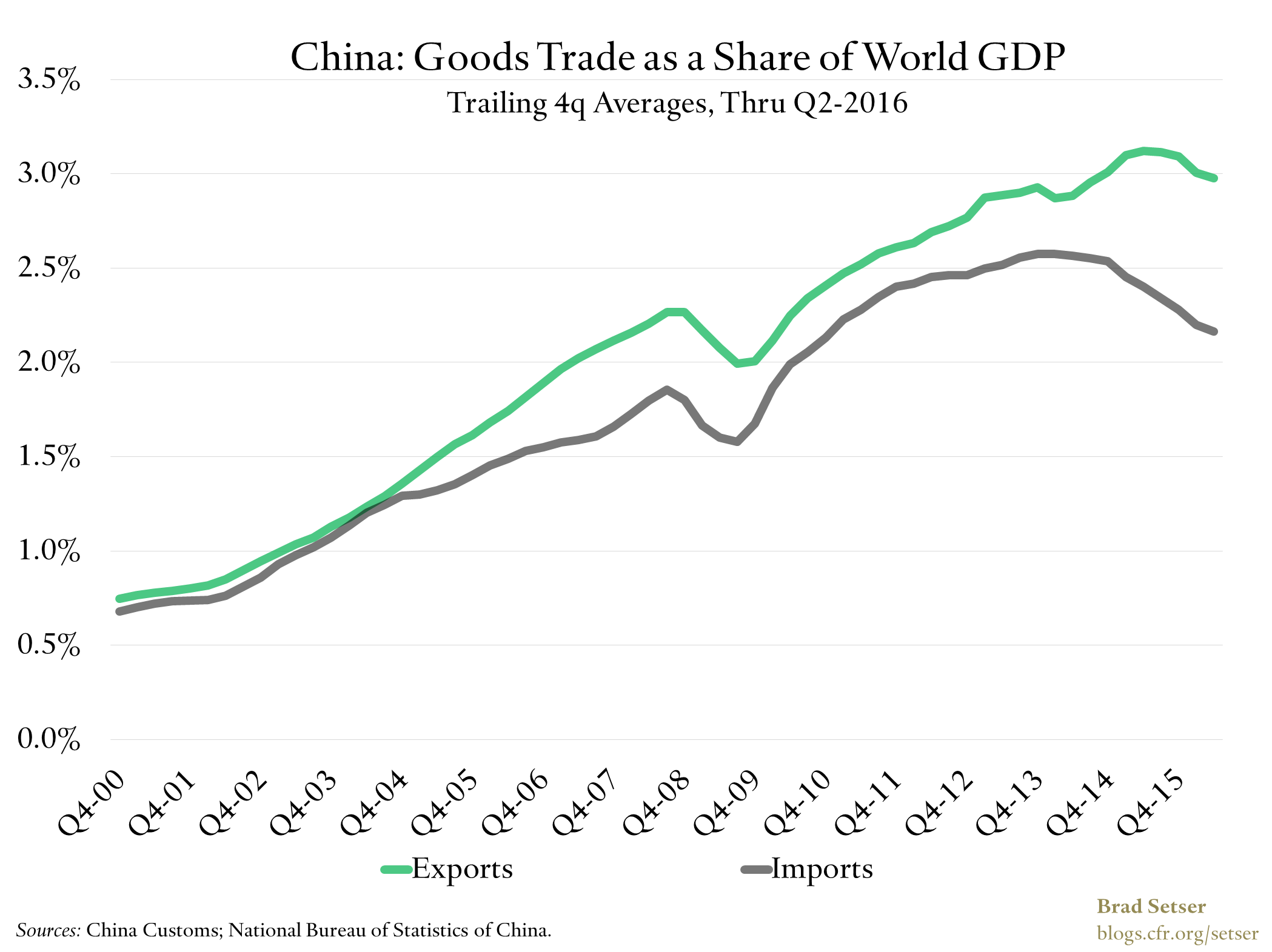 The second presents China’s goods exports and imports as a share of China’s own GDP: 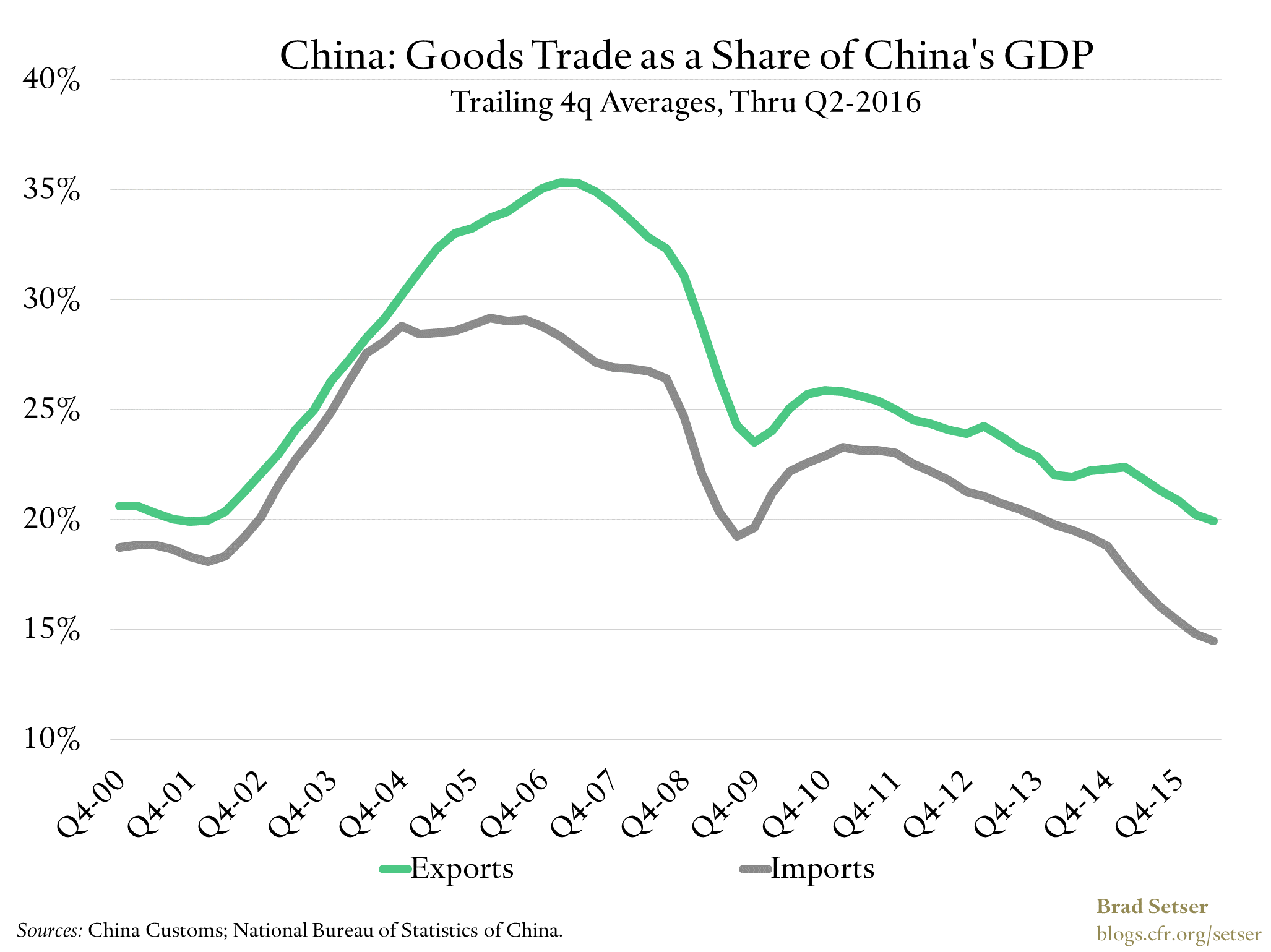 From the point of view of the world, the gap between China’s goods exports and its imports is as big as it has ever been. And China’s exports were, until recently, rising as a share of world GDP.

From the point of view of China, exports have become less important as a share of China’s own GDP. And so have imports

Though I would note the “rebalance” away from exports came immediately after the global crisis, when China engaged in its massive credit fueled off balance sheet stimulus that juiced investment. Since 2011 or so, both China’s exports, net of processing imports, and its manufacturing surplus have both been fairly stable as shares of China’s GDP (exports net of processing are about 15 percent of China’s GDP, and the manufacturing surplus is 8-9 percent of China’s GDP).

Stories that suggest that China has become significantly less competitive in manufacturing strike me as off, particularly now that the RMB has depreciated from its high last summer. China’s surplus in manufacturing reflects the balance between exports, where growth has slowed subsequent to the renminbi’s 2014-15 appreciation (though it could pick up again now that the appreciation has largely been reversed) and China’s imports. Export growth and export job growth has slowed. But manufactured imports—including imports of components—are falling sharply as a share of China’s GDP. More and more of the components in goods that are assembled in China are also now made in China. I would bet the imported content in Huawei’s network equipment is modest. The IMF found in 2015 (see Box 10) that China hasn’t lost all that much global market share in labor intensive exports even as it moved up the electronics value chain.

And the goods needed to meet China’s own demand are increasingly made in China.

A similar question applies to the measurement of China’s full surplus.

Here is China’s goods surplus and the much smaller current account surplus as a share of the rest of the world’s GDP: 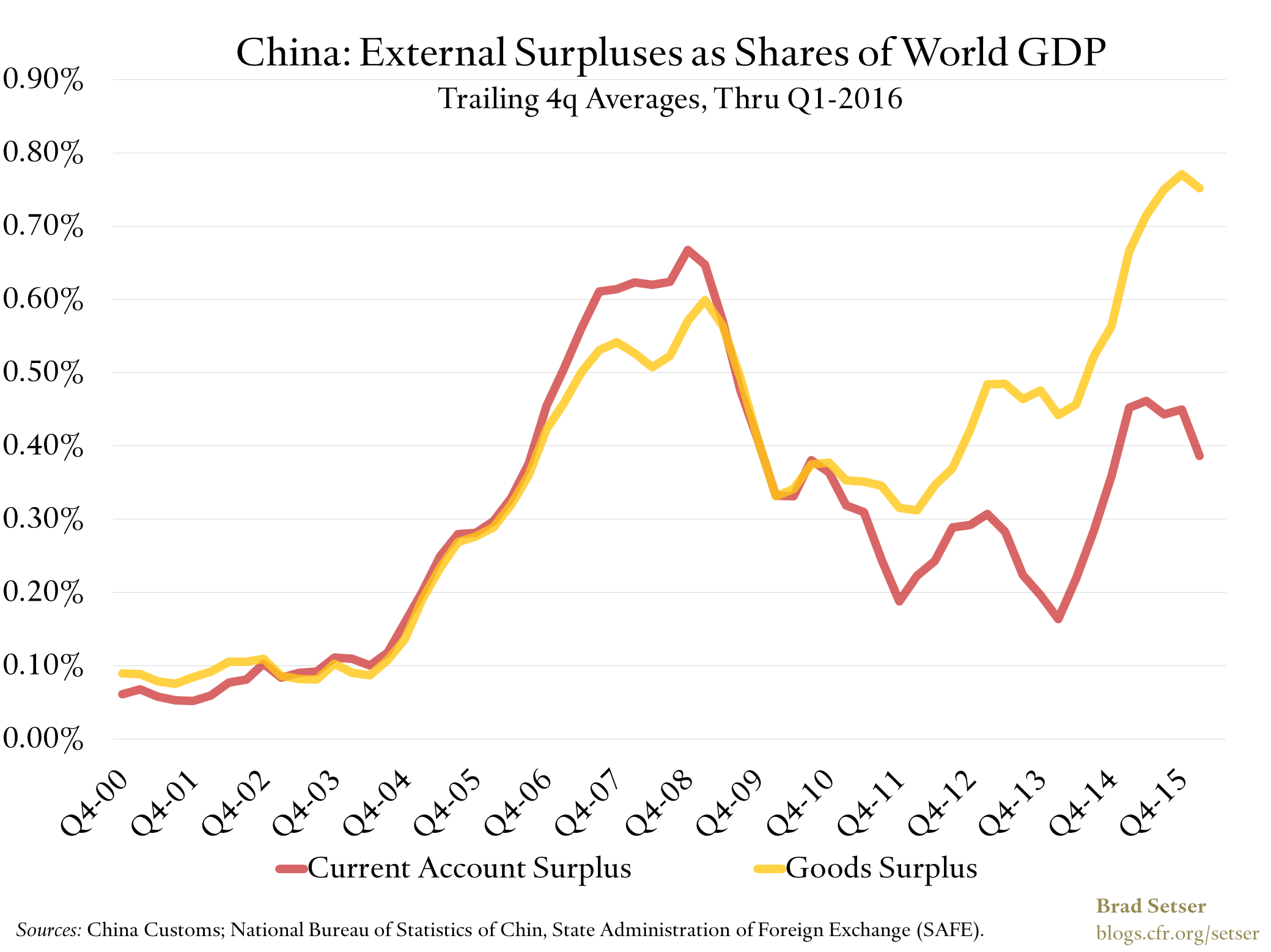 And here is China’s goods surplus, and the current account surplus, as a share of China’s own GDP: 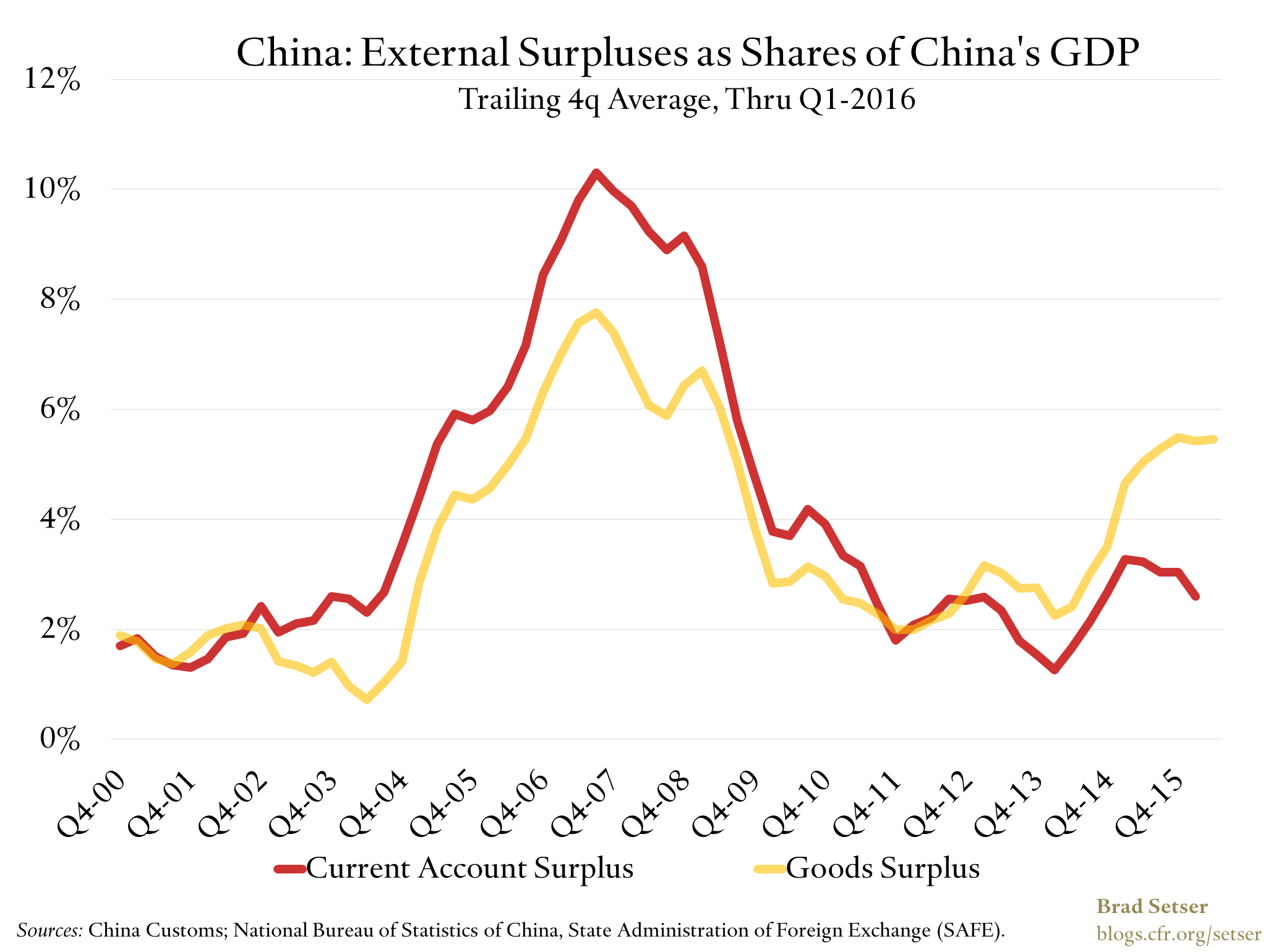 And in part it reflects a big swing in the services balance tied to a fairly steady increase in tourism from 2010 on. In 2014 and 2015 the services deficit went a bit nuts. That will be the subject of my next post.