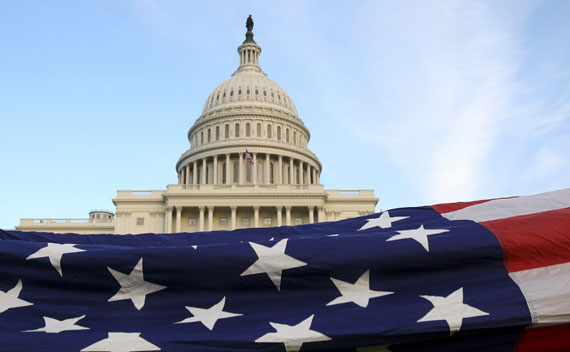 They’re back!  Members of Congress return to work today for their lame-duck session.  They certainly don’t lack for things to do.  How much they will get done over the next several weeks is anyone’s guess.  But expect a lot of finger pointing while they do.

Domestic issues will dominate the agenda.  Congress has yet to pass any of the 12 annual appropriations bills, even though the fiscal year began on October 1.  The Bush tax cuts and the estate tax—or “death tax” if you prefer—will revert back to the higher rates of 2000 unless Congress acts otherwise.  The extension of federal unemployment benefits for those who have been unemployed for at least six months will expire on November 30  unless Congress votes to extend them.  All are tough issues with potentially significant political consequences for both parties.

The major foreign policy issue is the New START Treaty.  The White House hopes that the Senate will pass the resolution of ratification before adjourning.  President Obama told Russian President Dmitry Medvedev over the weekend that he was committed to getting the treaty done during the lame-duck session. Today’s Washington Post op-ed by Hillary Clinton and Robert Gates is part of the White House effort to push the Senate to act.  The two secretaries make the standard arguments in favor of the treaty:  it will reduce the number of deployed nuclear weapons, reinstate the verification regime that lapsed last December when the START I Treaty expired; set the stage for deeper reductions; and further a “reset” of relations with Russia.

Lurking behind the arms control math is the political math.  If the White House can’t get 67 votes for New START in the lame-duck Senate, its task will get only harder when the new Senate takes office in January.  Several of the senators-elect have already signaled their opposition to the treaty.  As it is, the task of getting 67 Republican votes is tougher today than it was two weeks ago.  Republican Mark Kirk won President Obama’s old Senate seat.  Because he will be filling out the remainder of Obama’s term he is scheduled to take office on November 23.

I’ll discuss the treaty’s merits should we get a vote.  The chances that I will be writing that post any time soon look iffy.  Sen. Bob Corker (R-Tenn.), who voted to move the treaty out of the Foreign Relations Committee, prefers to delay any vote until next year (ED: or maybe not). The Senate Republican Policy Committee also argues for delay. And Senate Minority Leader Mitch McConnell does not appear eager to vote any time soon.  Ardent opponents of New START, such as Senators Jim DeMint (R-S.C.) and James Inhofe (R-Okla.),  are undoubtedly working to keep McConnell in the “no” column.

The pivotal Republican player on New START, though, is Sen. Jon Kyl (R-Ariz.). His leading role in defeating the Comprehensive Test Ban Treaty in 1999 gives him considerable credibility among Republicans on arms control issues. He can provide cover to senators who want to vote for the treaty. He is not axiomatically opposed to New Start; he has called it “relatively benign.”

Kyl has been using his vote on New START as leverage to pressure the White House into spending more on nuclear force modernization.  So far the administration has been willing to play ball.  It recently offered to add $4.1 billion in modernization funding on top of an additional $10 billion it has already pledged to spend over 10 years.

Only Kyl knows where he will come down after weighing internal Republican pressures, his own views of the treaty’s merits, the likelihood that the administration will walk away from its offer on nuclear modernization if New START does not pass before year’s end, and the potential political and strategic consequences of leaving the treaty to die.  But even if Kyl gives the treaty his blessing, the tremendous press of domestic issues on the agenda could still push New START to the sidelines.

What a Biden Win Would Mean for the Future of Multilateralism