The jump in China’s imports from Hong Kong has generated a bit of attention recently.

Monthly imports have gone from around $1 billion this time last year to around $3 billion. It is very reasonable to think that this rise reflects a new way of getting money out of China, rather than a change in the underlying pattern of trade. 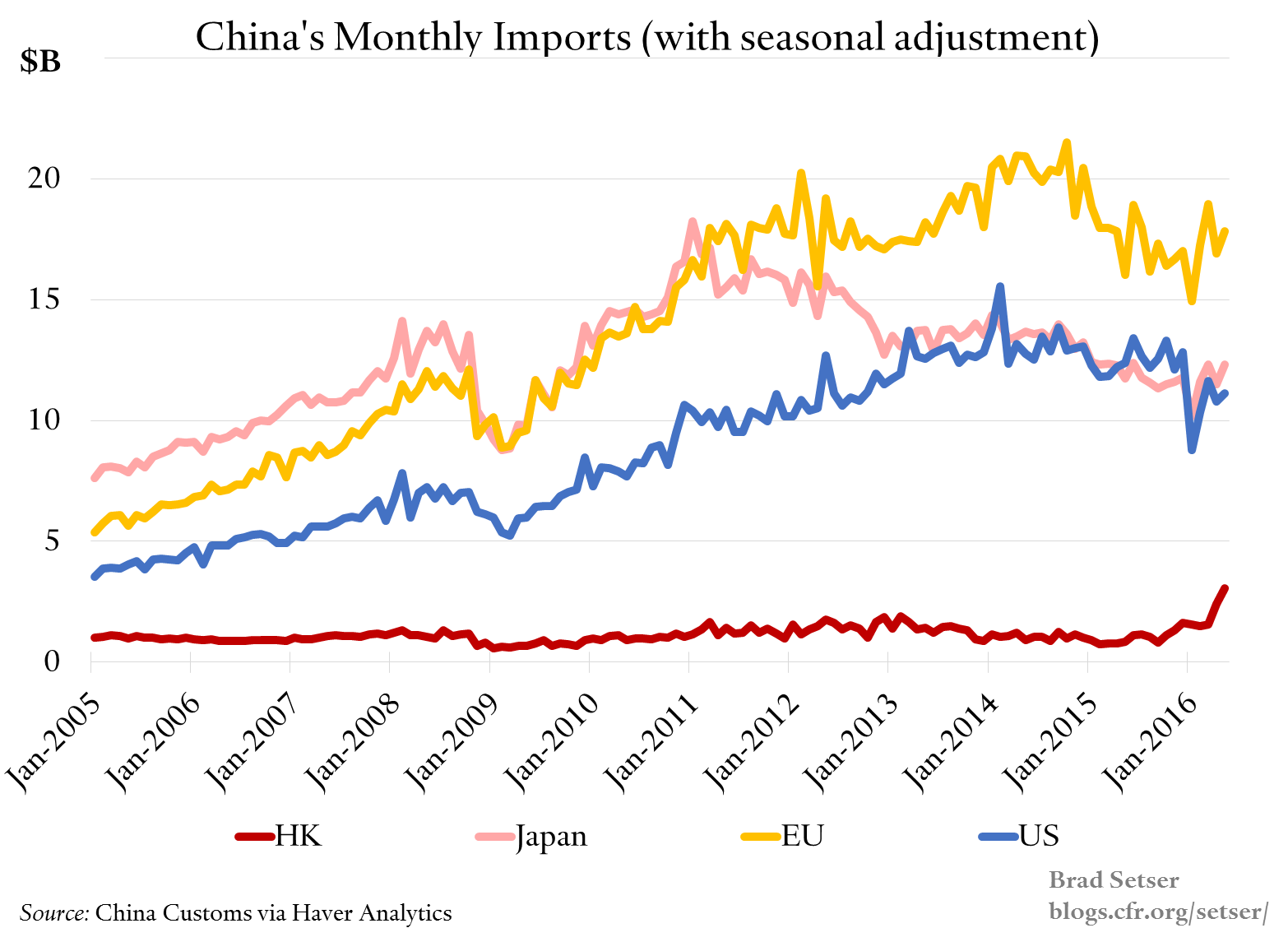 But plots showing that imports have risen by a some crazy percent miss something important. The magnitudes of the over-invoiced imports are still small. Annualized, the $2 billion monthly difference is about $25 billion.

The likely over-invoicing of imports through Hong Kong is also still significantly smaller than the over-invoicing of exports through Hong Kong back in late 2012 and early 2013. In March 2013, exports to Hong Kong were almost $25 billion higher than in March 2012, and first quarter 2013 exports to Hong Kong were up almost $50 billion year-over-year. The implied annual pace of inflows then was close to $200 billion. That was big enough to inflate the overall level of exports in 2013, and thus it had a rather meaningful impact on the year-over-year growth in China’s exports in 2014. 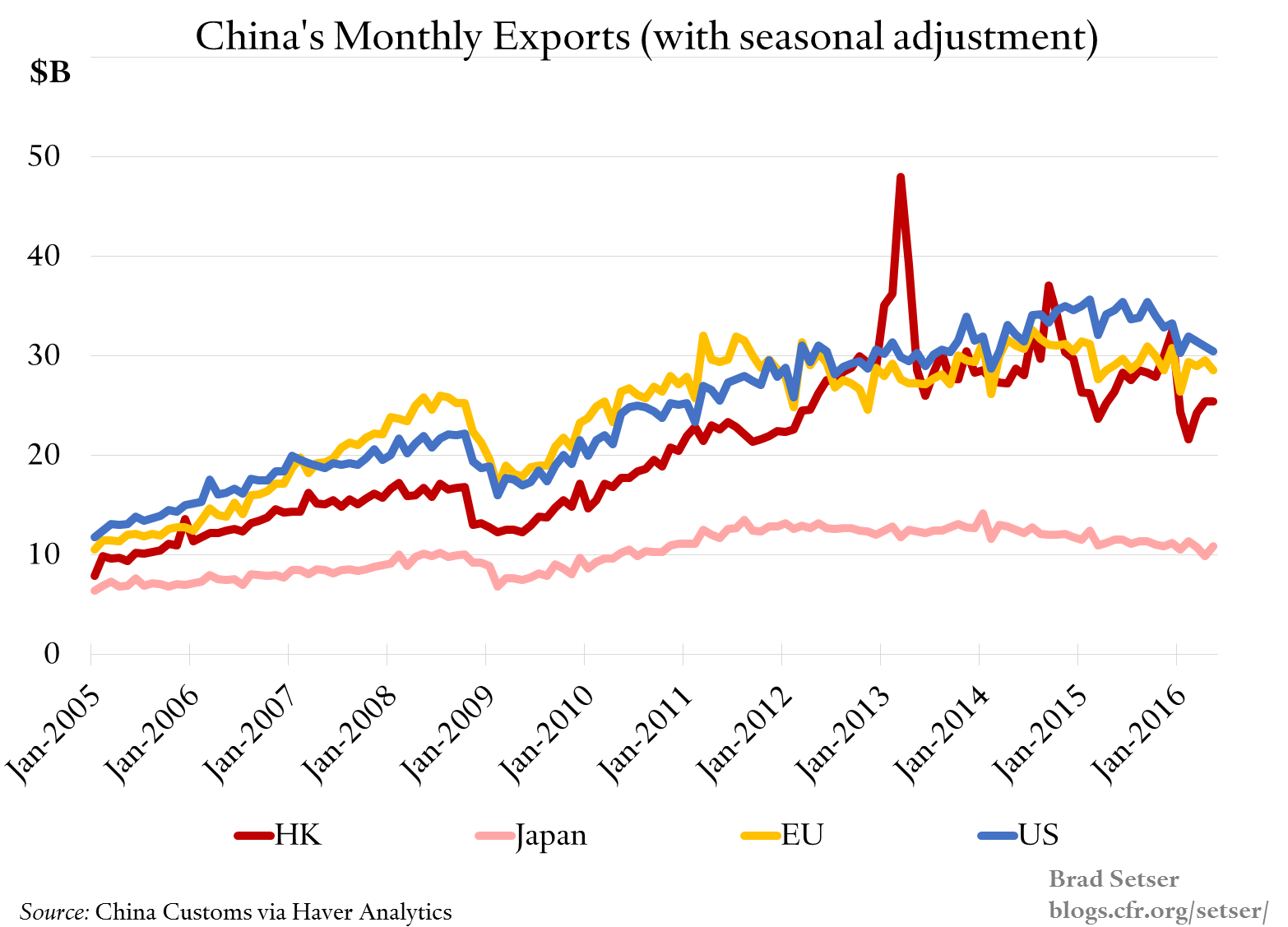 And if you are really looking for hidden capital outflows, I personally would focus on the tourism accounts more than goods imports from Hong Kong. Imports of travel services rose by about $100 billion in 2014, jumping $128 billion in 2013 to $236 billion in 2014.* The 85 percent annual rise in travel spending reported in the 2014 balance of payments far exceeded the at-most 20 percent increase in the number of Chinese tourists** travelling abroad. Travel imports jumped another $50 billion in 2015 to $292 billion—real money, and a two-year increase of well over 100 percent.

Bottom line: the recent rise in imports through Hong Kong is worth watching, but not yet of a scale that will challenge’s China’s current foreign exchange policy.

* These numbers have been heavily revised over time. They may shift again. I didn’t save the data, but I think much of the 2014 jump used to only appear in 2015.

How Many Treasuries Does China Still Own?