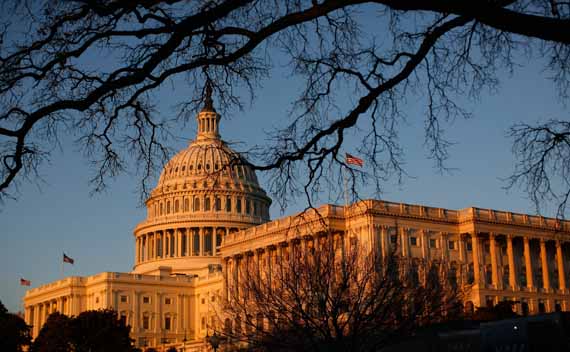 Greetings from Washington. Thanks to all who sent messages inquiring about my safety after the Istanbul bombing last Sunday (look for a post on that issue soon). Today, I have a very special guest post from Dr. James Lindsay, the Director of Studies at the Council. In other words, my boss. I’ve linked to Jim’s bio, but let’s stipulate that he is one of the world’s leading experts on U.S. foreign policy and the domestic determinants of foreign policy. Enjoy….

Political officers at Middle Eastern embassies around Washington are scrambling to write cables for their foreign ministries explaining what the Republican rout in yesterday’s midterm elections mean for U.S. foreign policy in the region. The answer is: not much.

There are two reasons for that. The first is that the election was primarily about domestic issues like deficits and bailouts. Candidates weren’t campaigning on foreign policy, and voters weren’t asking them about it. As long as unemployment remains near 10 percent and the federal deficit is measured in the trillions, domestic issues will dominate Washington’s agenda.

The second reason the midterms will have, at best, minor effects on Middle East policy is that the balance of power between the two ends of Pennsylvania Avenue favors the president on foreign policy. Partly, this is by constitutional design. Decisions about which countries to negotiate with and what to offer them lie beyond Congress’s reach. Lawmakers can clap or carp if the president sends an envoy to Damascus, but not much more.

Of course, some presidential foreign policy initiatives do require congressional consent. Treaties and trade deals for example. But unlike, say, relations with Russia, where President Obama wants Senate consent to the New Start Treaty, or relations with South Korea, where he wants congressional approval of a free trade agreement, the White House doesn’t have similar deals pending in the Middle East.

This is not to say that congressional Republicans won’t challenge Obama’s Middle East policies. They will. Control of the House gives Republicans control of committee chairs and committee agendas. So administration officials can expect to be grilled when they travel to Capitol Hill. Likewise, efforts to mandate tougher sanctions on Iran’s nuclear program and to punish Syria for its various misbehaviors are inevitable. But to turn those bills into law, Republicans will have to win over Democrats who control the Senate. Even if they clear that hurdle, their efforts will go for naught if, as I argue in my First Take, President Obama is willing to veto them.

But don’t the Democrat’s historic losses—the Republicans’ net seat gain in the House was the largest for either party in more than sixty years—weaken Obama’s diplomatic hand? Not necessarily, or at least not beyond what we have already seen. In politics as in markets, people react as much in anticipation of events as they do to the events themselves. Obama’s weakened domestic political position has been evident for months, and regional leaders have adjusted their behavior accordingly. Witness Mr. Netanyahu’s willingness to ignore Obama’s call in his September UN General Assembly speech for a freeze on Israeli settlements.

In a perverse way, the elections could even help Obama. Middle Eastern leaders skeptical of Obama’s engagement strategy—or eager to exploit it—now know that Obama has strong political incentives not to make additional concessions. Republicans will happily play the role of bad cop.