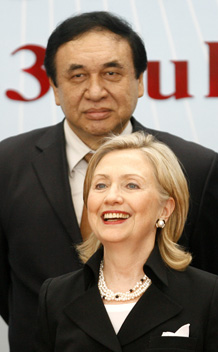 In a new expert brief published today on CFR.org, I examine the near-term future of U.S.-Myanmar relations. The upcoming year could be decisive for the United States’ relations with the reclusive junta. This year, Myanmar is  likely to hold its first national election in twenty years – a poll that, while extremely flawed, still provides some possibility for slow political change and civilianization of the military regime. At the same time, a looming humanitarian crisis hangs over Myanmar’s ethnic minority regions, where the army may go back to war with heavily armed ethnic minority insurgent groups. And most importantly, serious reports now allege that the Myanmar junta is trying to build a nuclear weapons program, with the help of North Korea – a possibility that, even if remotely true – would be terrifying and highly destabilizing to the region.

The Singapore Declaration And The Biden Administration’s Policy Review