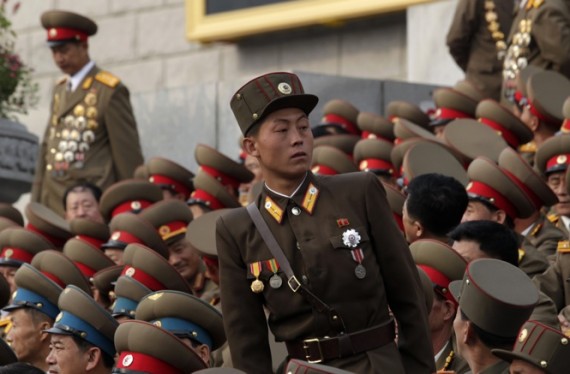 Incidents between North and South Korea in the West Sea are not uncommon. The two countries dispute claims and rights around the Northern Limit Line—a sea border, drawn up by the United Nations Command in 1953, that Pyongyang often violates and does not recognize. But the North Korean artillery attack on Yeonpyeong island Tuesday is serious indeed. Ahead of the attack, North Korea complained strenuously through North-South military channels about South Korean naval exercises in the vicinity. So this attack, in the wake of those complaints, suggests North Korean premeditation. The incident is also serious because past events have essentially involved incidents at sea, not the targeting of population centers or land.

Why did North Korea do it?

The North Korean system is very opaque. But it’s worth noting at least three possible rationales extrapolated from past North Korean behavior: (1) North Korea is consolidating the political succession to Kim Jong-il’s third son, Kim Jong-un. And in North Korean politics, such military displays have in the past been a political tool to show "toughness" and confer legitimacy domestically; (2) North Korea has undertaken other conventional provocations this year, notably torpedoing a South Korean naval corvette in March. Pyongyang may be probing and testing South Korea (and the US) on the presumption that its nuclear weapons may shield it from significant retaliation. And (3) North Korea often seeks to leverage military provocations to strengthen its bargaining position and extort largesse from foreigners.

The third prospective rationale has entered the realm of conventional wisdom, but seems more unlikely to me than in the past. North Korea has been less focused of late on bargaining for aid and cash, and more focused on being accepted as a de facto nuclear weapons state, recognized as such by the United States. The good news is that the US has refused to bite. But it’s possible, then, that North Korea sought to use this shelling to signal toughness (not least to South Korea) as it consolidates its political succession. And North Korea will probably continue to use periodic military provocations for these purposes

For its part, South Korea lives in a land of lousy options, and Seoul has been very cautious about escalating tensions with the North. The South has skirmished with North Korean vessels near the Northern Limit Line before, even killing North Korean sailors in occasional gunfights. But although President Lee Myung-bak’s government has adopted a tougher line toward Pyongyang than its two recent predecessors, Seoul has proved comparatively cautious and recently announced a resumption of some food aid to North Korea.

China is, I hope, embarrassed by North Korean provocations, especially with President Hu Jintao coming to Washington in mid-January. The incident has again shown that Beijing is either unable or simply unwilling to restrain Pyongyang. And China’s boilerplate calls for "dialogue" and a return to the stalled (and now quite empty) Six Party Talks will ring hollow in Seoul and Washington.

By deploying the carrier, George Washington, the US calculates that joint military displays with South Korea are necessary to bolster conventional deterrence.

But the biggest question mark is Pyongyang. Further provocations seem very likely, given North Korea’s past behavior, even if they don’t come immediately. Such provocations have proved to be an especially useful political, diplomatic, and military tool for Pyongyang. And unless North Korea targets peninsular South Korea (which is unlikely, since that would certainly provoke a military response from Seoul and Washington), or population centers, the North may calculate that it can get away with at least some conventional provocations.

Options for the North include a third nuclear test, another long-range missile test, or additional conventional attacks. Ironically, since nuclear weapons are so threatening, another nuclear test may, in fact, be the easiest for governments and markets to weather since Pyongyang has already tested such weapons twice without facing military retaliation. A missile test could prove destabilizing: if its flight path passes over Japan, debris could fall there in the event of failure. But further conventional attacks would be especially destabilizing: they would raise further questions about whether the conventional deterrence that has kept the peace in Korea for decades is eroding under the shadow of Pyongyang’s nuclear capability.

Reports earlier this week that Pyongyang showed elements of a uranium enrichment facility to visiting American scholars are of a piece with this picture. The North surely seeks to project strength. And North Korea seems very determined to possess nuclear weapons, creating, if it can, a fait accompli that cannot be easily rolled back by diplomacy. Pyongyang has sometimes agreed to bargain away discrete pieces of its program but is not likely to give up its deterrent or to denuclearize completely.  I think it’s time for a paradigm shift from those who argue the "bargaining chip" theory.

Chronicle of a Disaster Foretold