Paul Krugman recently wrote that Iceland had experienced a “Post-Crisis Miracle,” driven by devaluation and capital controls.  He based his conclusion on the figure below, which compares Iceland’s change in real gross domestic product (GDP) with that of Estonia, Ireland, and Latvia since the 4th quarter of 2007. 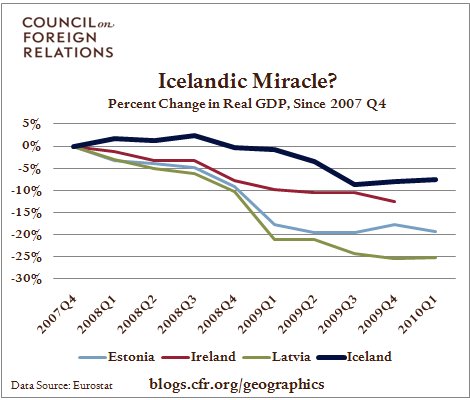 But is Iceland’s post-crisis “miracle” real?  No.  It is an illusion created by the starting date Krugman chose for his figure.  If we shift it back just one quarter – the quarter before Latvia and Estonia’s GDP peak – Iceland’s performance no longer stands out, as shown below. 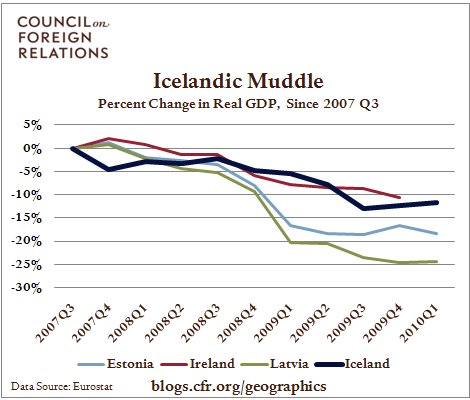 And if we move the starting date back to the beginning of 2000, Krugman’s story collapses entirely.  As shown below, Latvia and Estonia had much larger booms; their busts correspond.  Iceland and Ireland’s build-up was far less dramatic, as has been their fall. 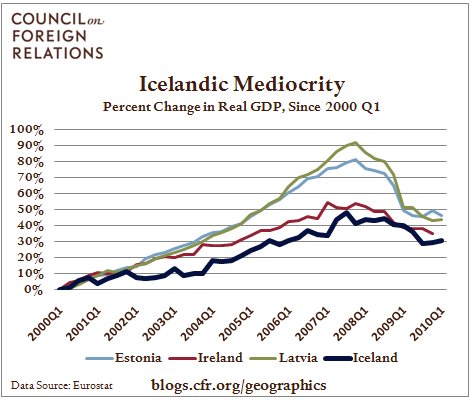 Iceland’s massive devaluation improved the country’s trade competitiveness, while imposing huge losses on its krona-based savers.  Ireland’s inability to devalue protected its citizens’ euro-based savings, but has forced it to improve competitiveness in other ways, such as through wage cuts.  Of the lessons that can reasonably be drawn from Iceland’s experience over the past decade, the benefits to tiny statelets of having a currency to debase is hardly one of them.

Jackson: Iceland After a Year of Financial Crisis

Europe's Response to the Coronavirus