I suspect the big jobs report meant that last Friday’s trade release got a bit less attention than normal.

The dollar’s strength continues to have the expected impact on real exports, more or less. Excluding petrol, real goods exports are down 2.5 percent in the first four months of the year (relative to the same period in 2016).

And real exports are falling as a share of U.S. GDP. This is pretty common when the real dollar is strong. It also happened in the early part of the 2000s. The real dollar, looking at the BIS data, is about between 10 and 15 percent points higher than it was in early 2014. 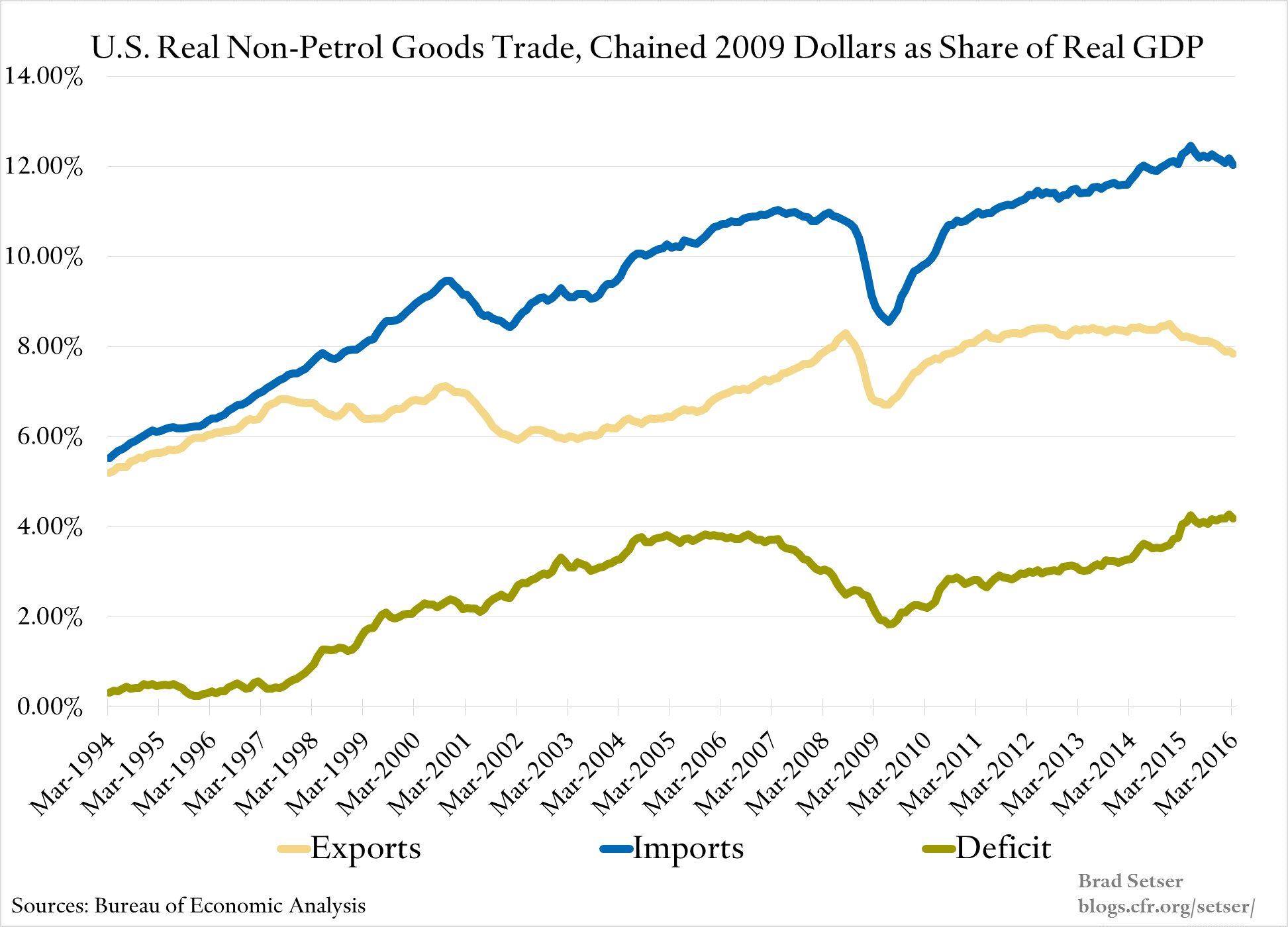 I am surprised though at how flat imports continue to be.

Real goods imports are about half a point lower in the first four months of 2016 than in the first four months of 2015 (import prices are down, so the headline fall is over 3 percent). Real goods imports haven’t really changed at all for say the last 15 or so months. They have averaged about $165 billion chained 2009 dollars a month (a bit higher in q2 of last year).

While real GDP growth hasn’t been spectacular, demand has continued to grow. Over the last 3 quarters goods imports added marginally to U.S. growth (meaning imports fell), while final demand increased by about 2 percentage points (at an annualized rate). Looking at the last four quarters, goods imports have subtracted somewhere between 5 and 10 basis points on growth even with final domestic demand increasing by close to 2.5 percentage points of GDP. 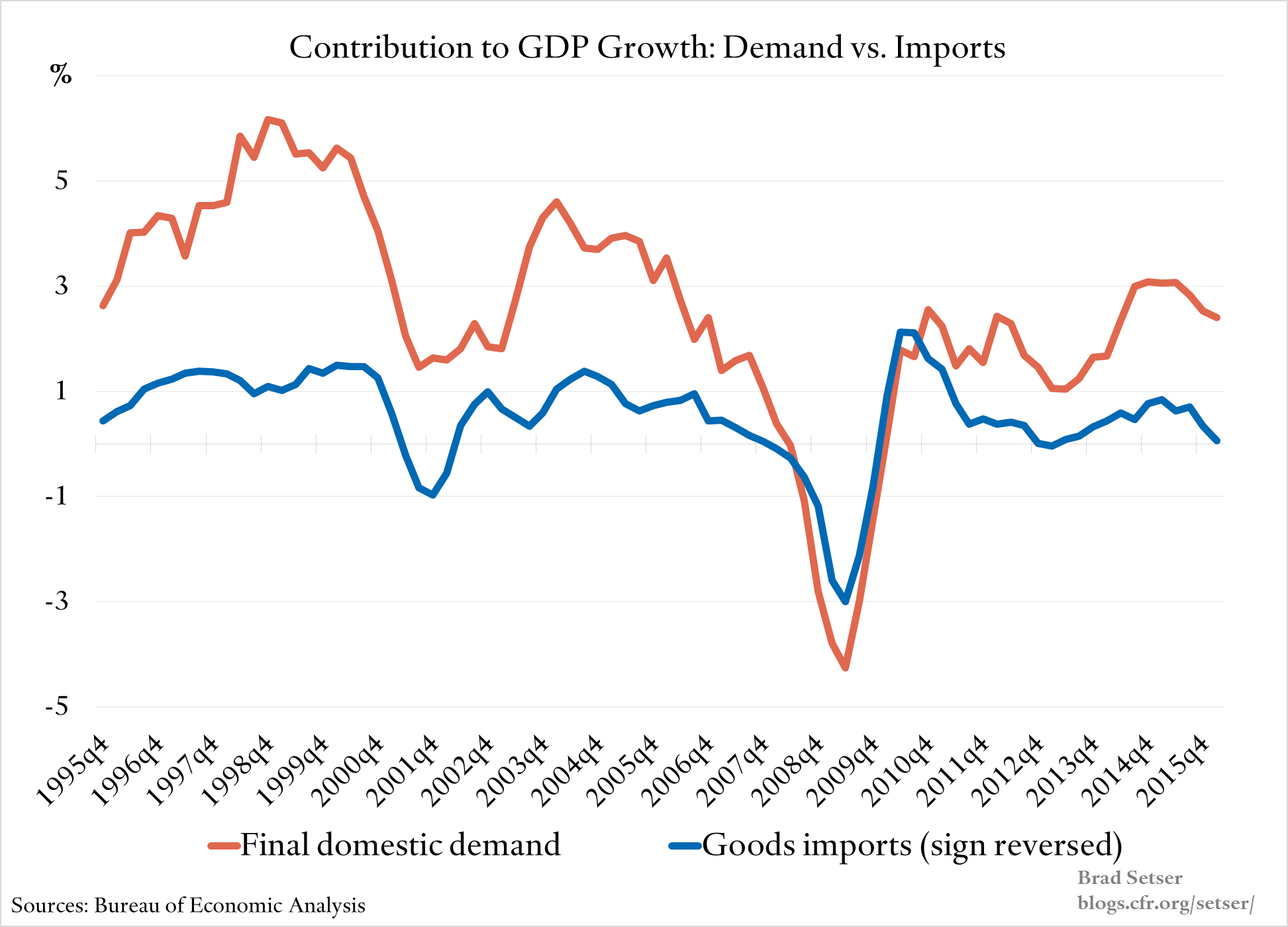 Positive demand growth usually means positive import growth, which mechanically subtracts from overall growth. Eyeballing the data, over time, the subtraction to growth from imports has generally been about 20% of the contribution to growth from demand. One would thus have expected more like a 50 basis point subtraction from imports to growth over the last four quarters. Most careful analysis also has shown there is some impact of the dollar on imports, even if the impact on exports is greater.

So I at least find the weakness in goods imports a bit puzzling weakness. It isn’t explained by falling oil imports either, as the first chart makes clear.

And, as a result of more or less flat imports, net exports haven’t subtracted significantly from U.S. growth over the last four quarters -- which also runs against my priors.

Put a bit differently, it wouldn’t surprise me if net exports emerge as a stronger headwind over the next couple of quarters. All it would take is for imports to start to respond a bit more normally to U.S. demand growth.