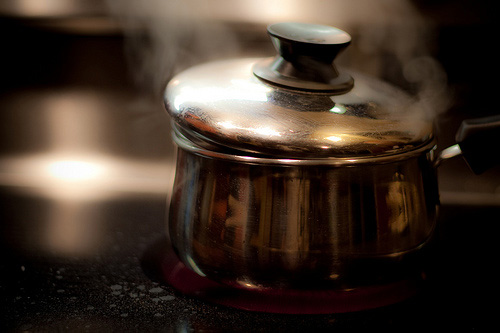 While much of the sturm and drang of the "big" issues in U.S.-China relations--Tibet, North Korea, Iran, and RMB revaluation among others--seems to have dissipated in the intense summer heat wave we have been enjoying here on the East Coast, a number of conflicts over technology continue to bubble along.

Most prominent, of course, has been the compromise between Google and China.  In March, Google began automatically redirecting users of Google.cn to Google.com.hk.  The redirect did not give users in China free access to information, but it at least put the onus of censorship on China and the Great Firewall, not on Google.  The Chinese government was not particularly pleased with this bit of engineering, and seemed quite willing to cancel Google’s Internet Content Provider (ICP) license.  Another piece of engineering cleverness--users in China are now taken to a landing page, which they have to click one more time before being taken to the Hong Kong site--has at least temporarily mollified China and the license was renewed last week.

This is a good outcome for both sides, but will be a temporary standoff at best.  Google retains a foothold in the vast Chinese internet market and some hope that it will be able to play in the lucrative mobile market.  Beijing can say that it did not drive Google out, which would not reflect well on its claims that Chinese users enjoy free, unfettered access to information.  Moreover, as Rebecca MacKinnon notes, there maybe a growing realization among some officials and entrepreneurs that Google plays an important role in driving innovation within China.  An insulated market, cut off from the cutting edge of technologies, is no good for the development of a sector the Chinese leadership sees as critical to the future.

Yet, the jockeying over technology positions continues.  Huawei, the Chinese telecom company, is looking for deals in the United States, despite continued security concerns about the firm’s connections to the government and the People’s Liberation Army (PDF).  Just last month, the Obama Administration blocked another Chinese company from entering a joint venture with an American manufacturer of fiber optics.  On the other side of the Pacific, the Chinese Academy of Social Sciences just accused Facebook and other social-networking sites of fomenting social instability, and 21st Century China Business Herald ran a piece criticizing Intel for uncompetitive practices, claiming it downgraded a Chinese laptop producer for using rival AMD processors for the first time.

Just back from Beijing, Senators Dianne Feinstein, Mark Udall, and Kay Hagan reported that Chinese leaders expressed a willingness to talk about Internet freedom and cybersecurity. Moving forward with these talks is a good idea, but they need to be broader, including discussions about market access, technology standards, and cross-border investment.

The Real Test for Japan’s Political Leaders Lies Ahead