I have argued that China’s current account surplus may paint a misleading picture of China’s trade position, as it isn’t clear that tourism imports have really increased from a bit over $100 billion to a bit over $300 billion in 10 quarters (the number of tourists travelling abroad has likely grown by about 25 percent over the same period, with rapid growth in the the number of tourists visiting Japan and Thailand offsetting the fall in tourists visiting Hong Kong). I can easily imagine how China is running a bigger goods and services trade surplus than now appears in the official data, as some of the reported increase in tourism could be a hidden capital outflow.

And now the U.S. trade data may need to be adjusted too. The headline deficit likely understates the underlying deficit just a bit right now.

The surge in U.S. soybean exports is real. Very real. Soybeans are easy to count and measure. There has been a big jump in exports.

U.S. soybean exports typically peak in q4 and q1, after the U.S. harvest (Brazil and Argentina in turn supply the global market in April and May after their harvest). The seasonal adjustment smooths out a true seasonal spike in U.S. exports.

"Darrel Good, University of Illinois grain marketing economist and professor emeritus….said it is a surprise that U.S. soybean exports turned out much stronger than anticipated. ’This year was hard to anticipate that, because it reflects the shortfall in the South American crop,’ he said. ’We didn’t really know that until we got into the summer.’ Generally, there isn’t as great a call for U.S. soybeans in July and August as there has been in 2016. ’We had monster exports those two months, so that would have been hard to predict.’"

The jump in soybean exports was big enough to impact the overall trade data.

Manufacturing exports (using the sum of autos, capital goods and consumer goods exports as a proxy) are down 2.3 percent year over year in the past few months, even while non-petrol goods exports (which counts agricultural exports) have recovered a bit thanks to the rise in soybean exports. 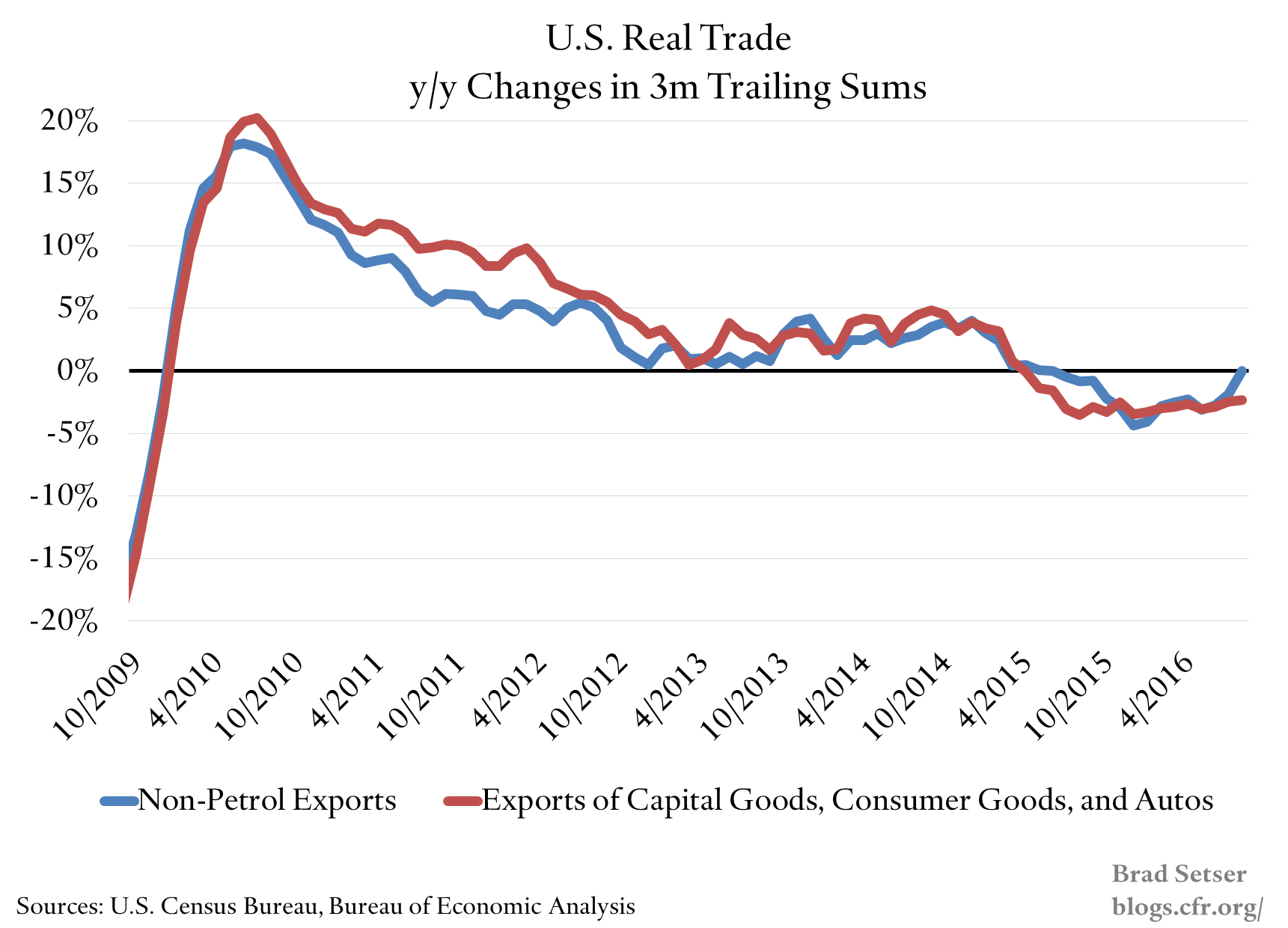 And the underlying trade deficit is also a bit bigger than implied by the monthly data from July and August. The fall in the deficit is real (the U.S. is exporting more) but not likely to persist. 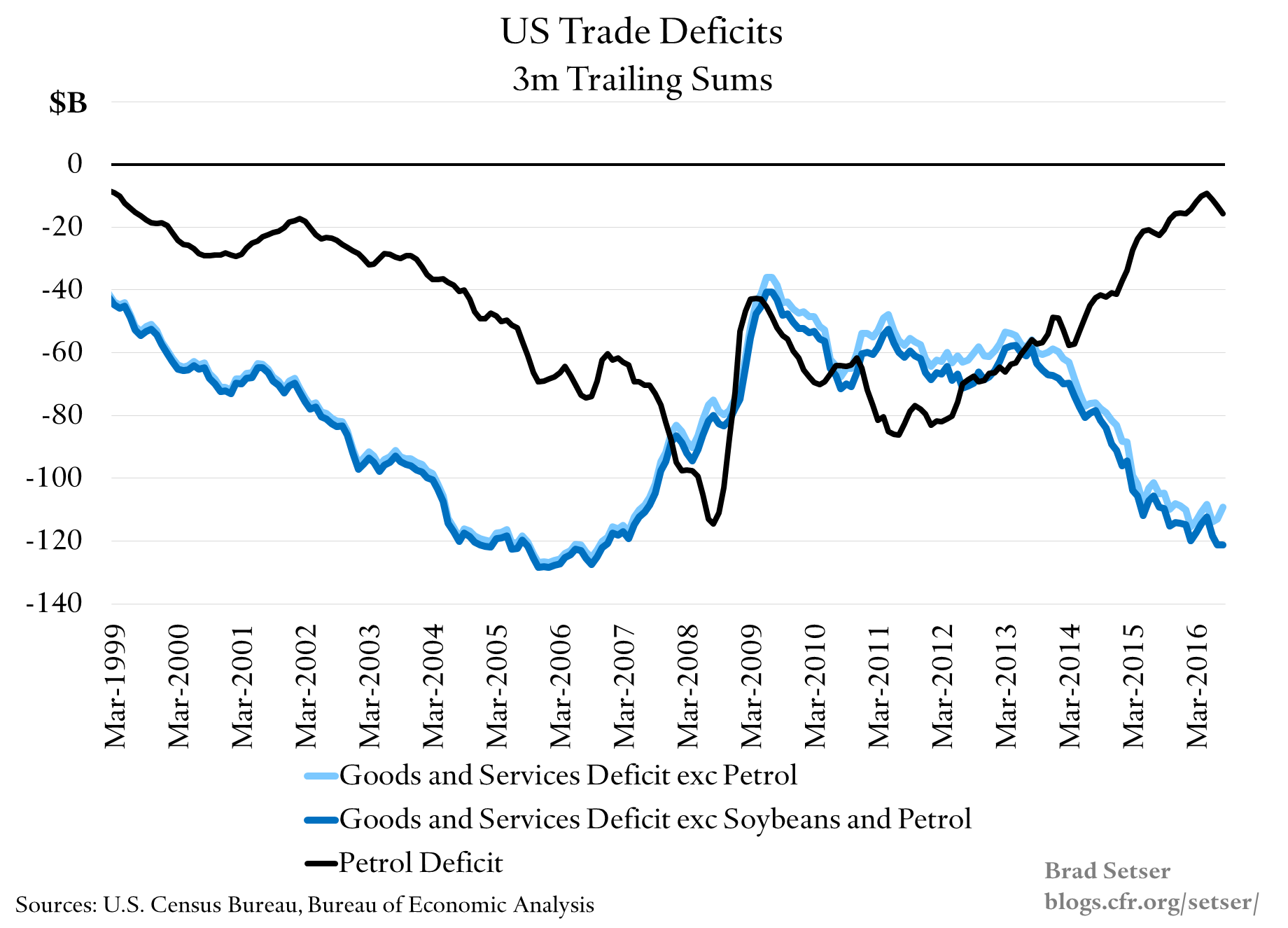 Worth noting—just as it worth noting that the (nominal) U.S. petrol deficit is quietly getting bigger. This will start to impact the year-over-year data in q4.

I have argued before that the fall in Chinese imports—relative to Chinese GDP is a global trend that hasn’t gotten enough attention. The growing role a range of commodities play in U.S. exports is another general trend that deserves a bit more attention; revealed competitive advantage and all.

The Scale of Korea’s Intervention in August