I understand why the Treasury market is so focused on Chinese demand -- China is a the largest player in the market, and a major shift in Chinese demand would almost certainly have an impact. Right now, the market is obsessing over the low level of indirect bids in last week’s 2 year auction. At the same time, concern that central banks are abandoning Treasuries should be muted so long as the rise in the Fed’s custodial holdings of Treasuries is running far above the US trade deficit. Barring a huge increase in the trade deficit after May, that is certainly will be case over the last three months of data. 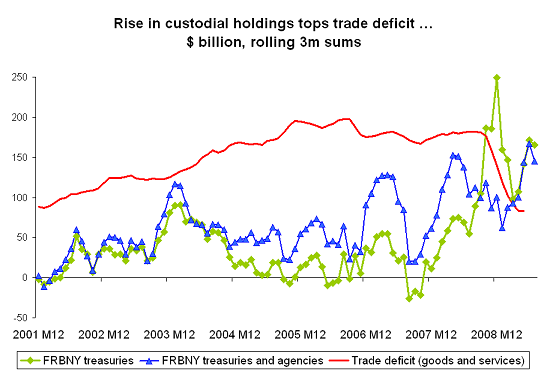 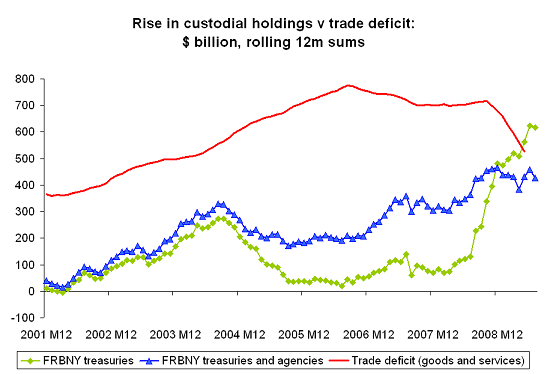 Central banks simply aren’t going to finance the entire fiscal deficit anymore. Not with the trade deficit so much smaller than the fiscal deficit. That’s a change. But in a lot of ways it is a healthy change: It is a sign that the US trade deficit is falling and the world is adjusting to a lower level of US consumption.