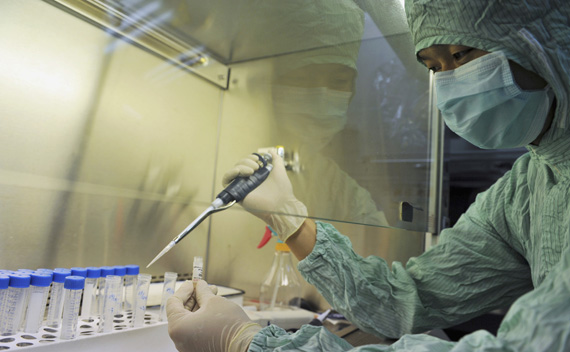 Whenever I am confronted with some new press report about how rapidly Chinese science and technology is growing, my first reaction is usually, "yes, but..."

The "but" almost always revolves around what I call in my forthcoming book, Advantage, the software of innovation: the web of social, cultural, and political institutions and understandings that help create and then move big ideas from the lab to the marketplace.  If you have the resources, it is pretty easy to build the hardware by increasing enrollments in engineering courses and ramping up spending on research and development.   You just need leadership that sees science-based innovation as critical to twenty-first century competitiveness and is willing to follow through.  And the Chinese, of course, have that.  Just two days ago, on the sidelines of a summer World Economic Forum meeting, Premier Wen Jiabao trumpeted the role of "scientific innovation in the process of shifting from ’made in China’ to ’created in China’."

Two recent reports from China highlight how much harder building the software is because it is cultural and political. The first is especially upsetting.  In June, two men beat the Caijing science and technology editor Fang Xuanchang with steel bars, sending him to the hospital.  As Sam Geall notes in two excellent articles published here and here, Fang, who has a long history of exposing scientific fraud and pseudo-science, had recently appeared in a debate questioning earthquake forecasting, which does not have much scientific backing but does have strong support from the national earthquake administration and the Chinese Academy of Meteorological Sciences. Another prominent defender of scientific integrity, Fang Shimin, better known by his pen name Fang Zhouzhi, was attacked with chemical spray and an iron hammer at the end of August.  In the book, I see the emergence of people like Fang as a positive sign--independents outside of government that insist science be evidence-based and transparent--but also that the trend would be severely constrained, given the government’s signficant distrust, if not fear, of any authority it did not have complete control over.  I was, however, expecting censorship, not iron hammers.

The second report is old news but still significant. In Nature (behind paywall), a Chinese academic reports finding 31 percent of the papers submitted to the Journal of Zhejiang University–Science (692 of 2,233 submissions) to be plagiarized. While some of this use of unoriginal material reflects a lack of creativity--the Chinese academics note the ancient tradition of students copying the work of their masters--much of it is generated by the intense pressure faced by graduate students and young faculty to publish in "key academic journals" to move on in their careers.  The problem is that while the number of students has exploded, the number of journals has not kept pace.

Premier Wen probably did not mention either of these reports in Tianjin.  But if China really wants to move from being the factory floor of the world to "innovated in China", it will have to begin tackling the difficult questions soon.