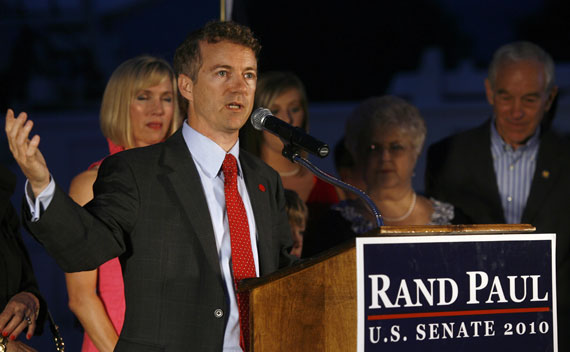 Two hundred and thirty seven years ago today the Sons of Liberty dumped 342 chests of tea into Boston Harbor.  It must have been unseasonably warm in Boston in December 1773. The arctic blast now gripping the East Coast makes heading to the harbor an unpleasant thought.

Anyway, today a new, self-styled Tea Party is about to take seats in Congress.  I’ll leave it to others to debate whether the current Tea Partiers are the rightful heirs to the original ones.  The question that interests me more is how much the Tea Party is likely to change the direction of American foreign policy.

For those who like snap judgments, my answer would be “not much.”  Others, including some of my CFR colleagues, would disagree.

Most news stories suggest that Tea Party-backed candidates tend to “favor isolationist policies and are determined to cut American foreign aid.” No one doubts that November 2 means that foreign aid programs now face the budget axe, as I have noted here and here.  But hostility toward foreign aid doesn’t equate to an embrace of isolationism.  Ilena Ros-Lehtinen and Kay Granger, the incoming chairs of the two House panels that will have most to say about foreign aid, are both eager to trim the budgets they oversee.  Neither is an isolationist.  Representative Ros-Lehtinen, for instance, wants the United States to be more active and not less active in pressuring Cuba, Iran, Venezuela and other countries hostile to U.S. interests.

You certainly can find Tea Party-backed candidates who are isolationists, or as they might prefer to be called, non-interventionists.  Senator-elect Rand Paul (R-Ky.) is the poster child for the cause, which is why he appears in seemingly every article about the Tea Party’s impact on foreign policy.  Paul argues that “part of the reason we are bankrupt as a country is that we are fighting so many foreign wars and have so many military bases around the world.”

But other than his father, Ron, very few Tea Party legislators look to be lining up behind Rand Paul’s call to reduce America’s global footprint and shrink the size of the military budget.  Sarah Palin and Glenn Beck, probably the two most influential voices in the broader Tea Party movement, argue exactly the opposite.

What struck me most as I checked out the websites of congressional candidates this fall and watched campaign events on C-SPAN was the neglect of foreign policy issues.  Tea Party-backed candidates were energized about domestic threats to liberty, not about foreign ones.  When candidates did speak to foreign policy matters, they mostly doled out bromides about keeping America safe and supporting the military.

That tells me two things.  First, foreign policy will be an afterthought for most Tea Partiers. They are focused on domestic issues first and foremost.  Second, most Tea Partiers don’t have well-defined foreign policy views.  They, like most Americans, have attitudes and intuitions about foreign policy.  But they haven’t had any reason to think through issues systematically or to confront the areas where their principles conflict (e.g.,  keep the military strong versus cutting federal spending).  As a result, the positions they stake out on specific topics will depend largely on how the issue is framed, who takes which side, and what they end up hearing from their constituents (and not just those allied with the Tea Party).

I’m especially interested to see what happens on the trade front.  The free-trade agreements with Korea, Colombia, and Panama will give us some insight into whether there is a distinctive Tea Party foreign policy.  I will try to post some thought on the politics of KORUS next week.

TWE Remembers: The Birth of the Bill of Rights