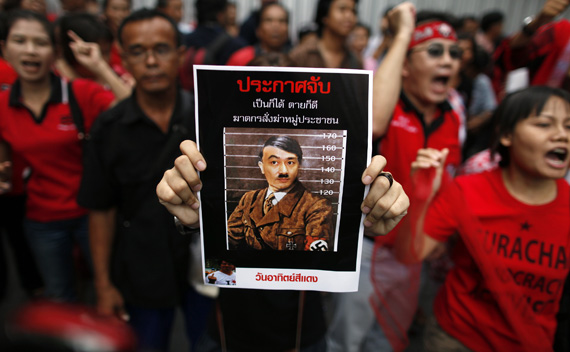 As international attention has shifted elsewhere following the dispersal of protests in Bangkok in May, the Thai government has quietly moved toward a kind of creeping authoritarianism – suggesting that, in reality, this is the type of approach to the red shirts Prime Minister Abhisit Vejjajiva wanted to take all along. Though there is limited evidence of any continued unrest, the government recently announced it was renewing the state of emergency, which gives the prime minister wide powers to detain potential opponents without charging them for 30 days, and to all but impose martial law in some provinces, overriding the power of any government agencies.

Meanwhile, Abhisit has publicly announced a plan to foster reconciliation between the bitterly divided sections of Thai society, a plan that is in many respects a façade. To oversee the reconciliation process, Abhisit appointed Anand Panyarachun, a respected former prime minister, who is known as an archroyalist and could not be more of a symbol of the Thai elite, making him suspicious to the red shirt movement. Meanwhile, the armed forces will appoint a new supreme commander in September, and that job is likely to go to Prayuth Chan-ocha, considered far more of a hard-liner than the current commander in chief.

Then there is Thaksin. In exile, the former prime minister has not helped matters by seeming to back a more aggressive, and possibly violent, posture by the red shirts. Yet the Thai government’s insistence on tarring Thaksin – and other red shirt leaders – as terrorists only undermines any desire for real reconciliation. As the International Crisis Group notes in a comprehensive new report on Thailand, neither Thaksin nor any of the other red shirt leaders meet international standards of terrorism. Most foreign countries seem to agree: U.S. officials are extremely uncomfortable with the Thais’ use of the term, and have declined to publicly support Bangkok’s terming of the red shirts as terrorists. Many other nations have refused to cooperate with the Thai government’s demand to extradite Thaksin.

For now, Abhisit’s government seems able to take these measures with little pushback. Despite some heated rhetoric, and occasional violent incidents since May, the red shirt movement has not, as some predicted, developed into a kind of insurgency. Websites critical of the government have been closed en masse –-Reporters Without Borders has chronicled a range of abuses against journalists-- creating a climate of fear and chilling discussion on all but the most groundbreaking sites. The United States, Japan, the European Union, ASEAN, and other outside actors, while expressing concern about the state of Thai politics, can only play a limited role in any reconciliation, and realize as much. In theory, Thailand is supposed to hold an election in the next year, which would be the ultimate test of whether any of Abhisit’s programs of reconciliation and attempts to reduce incomedisparity actually have paid off. But that poll, too, is looking increasingly unlikely.

The Return of Asian High Growth?