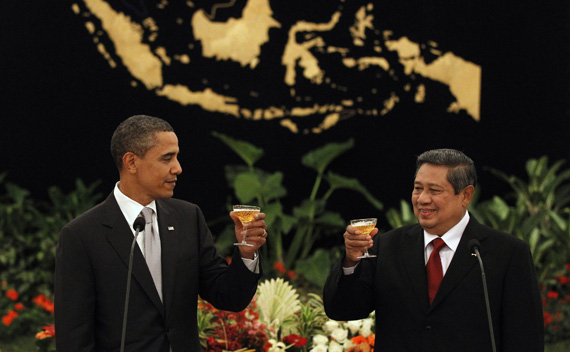 Of course, President Obama’s trip to Indonesia is going to seem like a success. Having canceled two times before, the president built up anticipation in the country, and a large range of celebrations have been organized to mark his “return home.” Obama and Indonesian President Susilo Bambang Yudhoyono formally inaugurated the multifaceted “comprehensive partnership” designed to upgrade relations between Jakarta and Washington on a wide range of issues. Obama also gave a well-received speech admitting that the U.S. needs to do much more to improve its ties to the Muslim world.

But as Obama leaves, how can we tell if the visit was more than a high-profile photo op? Here are some ways:

What to do with a Rigged Election?