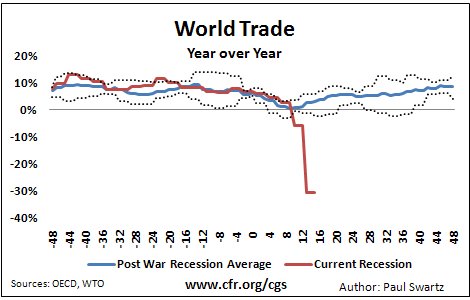 The collapse in U.S. trade associated with the current downturn far exceeds the fall in any other post-war recession. It tracks the fall in trade observed in the 1930s, though there are now signs of stabilization. So far this collapse has been driven by economic factors, such as the decline in demand and trade financing, but as the world economy contracts the risk of protectionism increases.