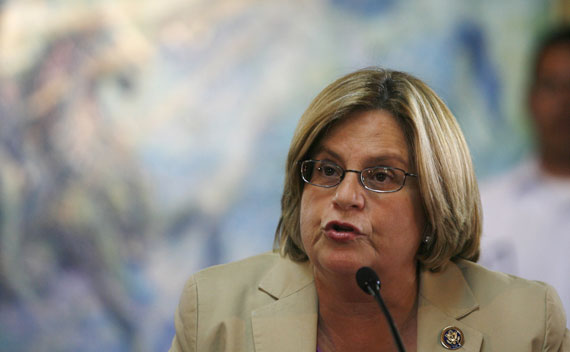 Cold weather and high winds yesterday along the New York-Washington corridor played havoc with my travel schedule.  One benefit of the travel delay was that I caught up on some reading.  Three pieces worth noting.

1.  Josh Rogin summarizes the statement by Ileana Ros-Lehtinen (R-FL), the incoming chair of the House Foreign Affairs Committee, laying out her agenda for the next two years.  No surprises here.  Representative Ros-Lehtinen wants to force changes at the United Nations and push for stronger action against “rogue states.”  And cut foreign aid.  She was blunt on this score:  “I have identified and will propose a number of cuts to the State Department and Foreign Aid budgets.  There is much fat in these budgets, which makes some cuts obvious.  Others will be more difficult but necessary to improve the efficiency of U.S. efforts and accomplish more with less.”  As I discussed last week, the message will resonate with the public, which has an inflated view of how many of its tax dollars go to foreign aid.

2.  My colleague Rob Danin examines the consequences of the Obama administration’s decision to abandon its efforts to force Israel to impose a settlement moratorium.  Rob knows the issues at stake.  He was head of the Office of the Quartet Representative in Jerusalem from 2008-2010.  Translation:  He was Tony Blair’s chief deputy for two-plus years in trying to move the peace process along.  His take is that the administration was acknowledging reality—a core element of its strategy hadn’t worked and wasn’t going to work.  Rob worries that the administration doesn’t have a Plan B, and offers some advice on what it should be doing.  Which raises a question: do we have many historical examples of an administration jettisoning the strategy behind one of its top foreign policy priorities and then finding a new and more successful strategy?  Send along your nominees.

3.  The New Yorker’s Peter Boyer looks at what awaits Rep. John Boehner (R-Ohio) when he becomes Speaker of the House on January 5.  Boehner will have his hands full.  Tea Party Republicans want him to stand up to the Obama White House, the younger members of his leadership team have an eye on his job, and the White House wouldn’t mind if he became a polarizing opposition figure in the way Newt Gingrich did.  The number to keep in mind is 39.  That’s the percentage of the public that has an unfavorable view of Boehner.  We’ll check back in six months to see where he is in the polls. (For comparison purposes, current Speaker Nancy Pelosi started with a slightly higher unfavorability of 44 percent.  Her unfavorability rating now stands at 57 percent.)