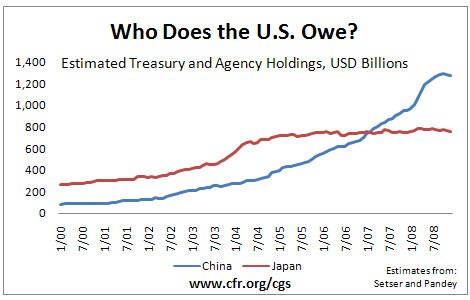 This chart compares the Treasury and Agency holdings of China and Japan. As the chart shows, the amount of debt that the U.S. owes to China has increased sharply this decade and the amount owed to Japan remains high. Will the United States’ continuing need for financing leave it in a weaker position relative to the major holders and purchasers of U.S. debt?