Skip to main content
The US October trade data

Today's trade data release wasn't that inspiring -- it wasn't exactly front-page news on a day when the world's central banks indicated that they would jointly intervene to try to unfreeze the world's credit markets (see Felix Salmon, Steve Waldman, and Naked Capitalism -- including the comments).

But like China's November trade data, the US October data did confirm recent trends.   The non-oil deficit is falling.   The oil deficit is starting to head back up.   That is to be expected.  Oil prices rose significantly this fall.    The average import price in October was only $72.5 a barrel.  It still has further to rise.   The November import price data makes that clear (the FT reports petrol import prices jumped another 10%).

Indeed, the petrol deficit is only now starting to rise on a rolling 12m basis -- 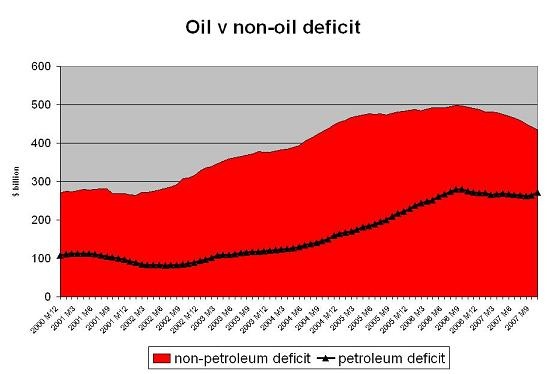 The standard narrative explaining the improvement in the United States non-oil trade balance (an improvement that started about 12 months ago) emphasizes the strength of US exports.   And no doubt they are strong -- y/y export growth in October was almost 14% (the pace of growth may fall back bit in November and December, as a rise in exports at the end of last year makes the "base" a bit less favorable -- but it should still be around 12% for the year).   But export growth has been strong since late 2003.

The improvement in the trade deficit recently stems much more from a slowdown in non-oil import growth than an major acceleration in export growth. 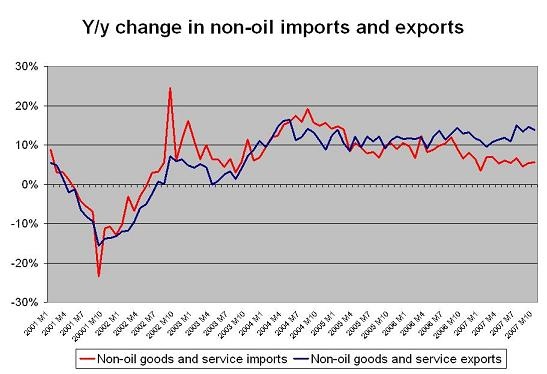 Export growth has basically fluctuated between 10% and 15% ever since the dolla's depreciation against the euro started to influence the trade data. 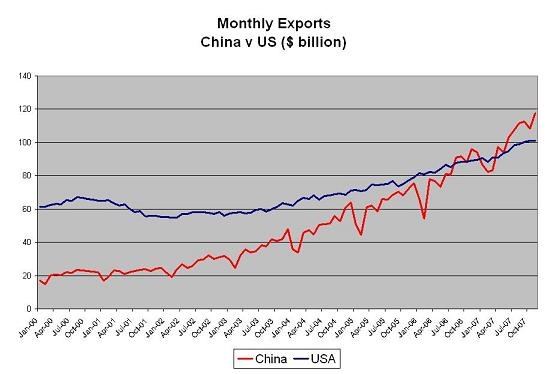 The weak RMB isn't just an issue for the US.

Why?   Well, the US is probably paying more for some European-made goods.  The strong euro and all.   A big exchange rate move initially pushes up the price of existing imports, and only starts to reduce the total volume of imports with a lag (the so called J-curve).    But that may not be all -- I think I remember that the US also now imports refined petroleum from Europe ...