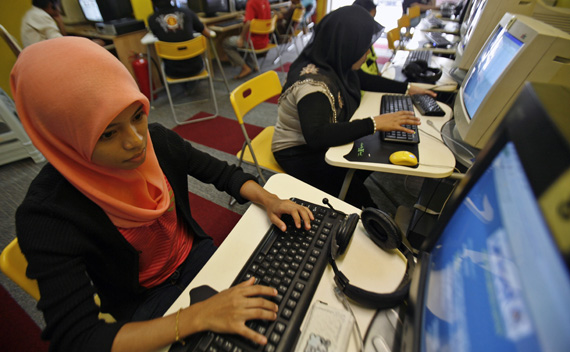 In an increasingly competitive region, and a world where a prolonged economic slowdown looks more than likely, the countries of Southeast Asia, constantly worried about competing with China and India, would want to give themselves every advantage, right? Right? Especially if that means trying to lure the kind of high-tech investment that not only pumps in money but also can help a country upgrade the value and quality of its workforce, right? Right?

Well, maybe not. Over the past year, as opposition movements or protests increasingly have threatened the governments of Thailand, Malaysia, Vietnam, and other countries in the region, many of these governments have taken a major step backwards on Internet freedom, even after previously vowing not to censor the Web the way they control traditional print and broadcast media. Thailand, somewhat surprisingly, has been the worst offender; though it is still nominally a democracy, it now reportedly bans more websites than any other country on earth, a truly remarkable achievement given the competition from places like China and Saudi Arabia. Prominent online editors and bloggers have been jailed. Bangkok blogger Bangkok Pundit recently reported that the Thai police have allotted some 120 people to search for online discourse that potentially defames the monarchy --  an enormous waste of the cops’ resources, and a sign of the paranoia and increasingly authoritarian style of Prime Minister Abhisit Vejjajiva’s government. Though Thailand’s stock market has stabilized, and a recent delegation of U.S. investors heard all the right promises from the government, increasingly strict Internet censorship, which poisons the political climate and, in the long run, will stifle Thai high-tech entrepreneurship, can’t be too reassuring to investors.

Meanwhile, in neighboring Malaysia, the government, which has steadily retreated from the initial reforms of former prime minister Abdullah Badawi, seems to be taking a similar approach. Though former prime minister Mahathir Mohamad once promised that the Internet would remain totally free in Malaysia, in order to fulfill his vision of the country as a cyberhub in Southeast Asia, those promises are now being broken. As the Asia Sentinel recently reported, the Malaysian government is now considering launching Internet filters to block “undesirable websites,” which could effectively block the only sources of independent information on Malaysia available to Malaysians in the local language. As one senior member of the governing coalition recently said, the original censorship of traditional print and broadcast media have seriously harmed Malaysian youth, by curtailing their education and making them less inquisitive. For a country with severe outflows of domestic capital, major weaknesses in the quality of graduates produced by universities, and that desperately needs to attract new foreign investment, extending these blocks to the Internet seems extraordinarily unwise.

Then again, just because it’s unwise has never stopped Kuala Lumpur before.

China and Another Contested Commons

Colonizing Space Is Not the Solution to Our Problems on Earth