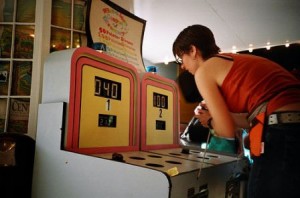 The reported adjustment of Chinese procurement policy is good news for U.S. and other foreign technology companies, as far as it goes. Published in 2009, though not formally announced, the policy said that all products included in the government’s procurement catalog must have Chinese intellectual property and that the IPR should be completely independent of the IPR of foreign owners. Given how much R&D is now collaborative and global, it is hard to imagine how any product could be deemed completely independent of technology from outside of China. For foreign technology companies, the worries were clear--more demands for technology transfer and more difficulties in operating in the Chinese market.

If this is in fact a step back--the Ministry of Science and Technology’s new draft says only that the products should be in accordance with Chinese laws--than it is another data point suggesting that, at least in technology sectors, the Chinese government is susceptible to multilateral pressure. As with the Green Dam Youth Escort censorship software and WAPI, the Chinese alternative to the WiFi standard, coordinated action among foreign corporations and governments influenced Chinese policy making because no matter all the trumpeting of the rise of China as a science power, it still remains dependent on the West for science and technology. (The case against Green Dam was strengthened by a revolt by Chinese Internet users.)

Let’s not slap each other on the back and close up shop though, since there is bound to be another technology issue coming down the road--and here it is in today’s Wall Street Journal: China to Enforce New Encryption Rule (subscription required). We should be thinking of indigenous innovation as a policy orientation, not a narrow set of policies.  The goals of indigenous innovation-reducing dependence on foreign technology, producing Chinese IPR, and creating Chinese technology champions--can be tied to a range of policies, some mercantalist, some more open. This creates a real challenge; U.S. policy takes on a "whac-a-mole" quality, constantly batting down whatever pops up, and there will always be something popping up.  But it also creates some opportunities since there are some parts of the Chinese govt, maybe in the Ministry of Science and Technology, that wish pursue the objectives of technology independence through more open policies. That’s what happened the first decade of China’s opening. Let’s hope China returns to that outlook, on its own or through outside pressure.

India Is at the Top Table. Now What?