Skip to main content
What do the 2010 Elections Mean for Asia? 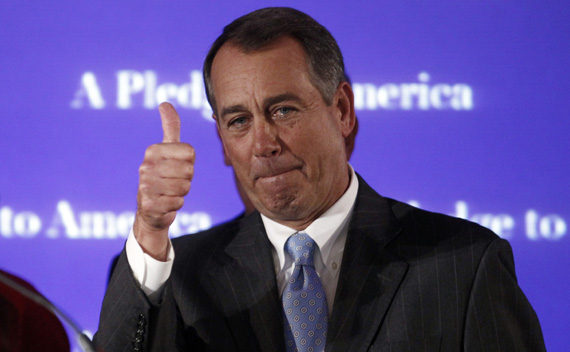 Since the election, I have been fielding numerous emails and phone calls from Asian friends and reporters interested in whether the sweeping changes in the House of Representatives, governors’ mansions, and (to a lesser extent) the Senate, will mean for U.S. relations with East Asia. Of course, on the most basic level, we know that foreign relations are defined, on a day-to-day basis, by the executive, and since the White House has not changed hands, many elements of the U.S.-Asia relationship will remain stable. Still, there are some changes to anticipate:

Trade has never been popular with the broader American public, and it is certainly not popular with the more isolationist segments of the Tea Party movement, who can be as suspicious of international trade as those on the extreme left in America.  Still, some of the new GOP senators and congresspeople do have a strong trade background, like new Ohio Senator Rob Portman, who served as George W. Bush’s trade representative. Overall, the shift in power may allow President Obama to pick up more support in Congress for finishing the U.S. trade deal with South Korea and making progress on the Trans-Pacific Partnership (TPP).

With the shift in control of the House, leadership of the powerful House Committee on Foreign Affairs will almost certainly pass to Rep. Ileana Ros-Lehtinen of Florida. An extremely hawkish Republican, the Cuban-American Ros-Lehtinen is in the old school anti-communist mode, tough on Cuba and China, an advocate of human rights in general, and very favorably inclined toward Taiwan. Expect to see a much harsher approach to the U.S.-China strategic relationship coming out of the House committee now, as well as out of the House leadership in general. In August, Ros-Lehtinen called for sanctions against China for allowing Chinese state-linked firms to make major investments in Iran, a theme she is expected to continue hitting. Also expect pressure on China to revalue its currency to increase in the next Congress.

Coinciding with growing concern in the Obama administration over its inability to work with Beijing, and the upcoming leadership transition in China, this growing hawkishness means that a further deterioration of the U.S.-China relationship is likely in the next two years.

Also, expect to see both Ros-Lehtinen and the Senate, still controlled by the Democrats, continue pushing the Obama administration to re-engage with Southeast Asia as a balance against China’s influence there.  But it is reasonable to expect less congressional tolerance for engagement with Asia’s rogues, such as Burma. Congressman Dana Rohrabacher, another hawkish Republican who now will have a larger stage on the committee, is known as perhaps the most vocal opponent in Congress of the governments of Burma and Cambodia, among others.

For countries like India, which sends large numbers of educated immigrants to the United States, the congressional elections do not bode well. Though most of the anti-immigrant vitriol, exemplified by the re-election of Arizona Governor Jan Brewer, was targeted at Hispanics, it will prove an impediment to more flexible visa policies for educated immigrants. Already, earlier this year the House voted to sharply increase fees for H1B visas, and in the next Congress it could do so again, or come up with other ways to make migration harder.

Continental and Maritime in U.S.-India Relations