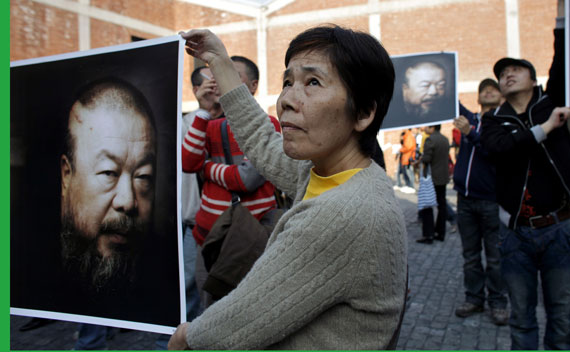 So much for Chinese Premier Wen Jiabao’s bold words on the need for freedom of speech and democracy. His words haven’t stopped Beijing from executing an epic human rights crackdown—which is only hurting itself at home and embarrassing itself abroad.

Chinese Foreign Ministry officials are marching around the world calling on countries to boycott the Nobel Peace Prize ceremony in Oslo next month. They started in Europe, where Beijing has been spreading around billions of dollars worth of much-needed investment deals. But do China’s leaders really think that these countries are going to trade out their core principles for a yuan? Now, Beijing is banging on doors in East Asia, where they are likely to meet with even less success, except in North Korea. Particularly for Japan and South Korea, both beacons of hard-won democracy in Asia, giving in to a bullying Beijing won’t win them any points at home.

The situation within China is even more troubling. Putting aside the sad efforts to paint Nobel Peace Prize winner Liu Xiaobo as a criminal and agent of the West, Beijing’s crackdown on lawyers, NGO activists and public intellectuals undermines its own efforts and claims to promote political reform and good governance. In just the past two weeks, Beijing sentenced a man to prison for pressing the government to continue with research on the health care needs of children sickened in the 2008 melamine scandal; barred two lawyers, Mo Shaoping and He Weifang, from attending a legal conference on the grounds that their travel might pose a threat to national security; harassed or placed under house arrest numerous political activists and dissidents; drove an activist to close her charity for children with AIDS; and arrested a famous artist, Ai Weiwei, in order to prevent him from hosting a blow-out party in his Shanghai art studio to "celebrate" the studio’s politically-motivated destruction. Eight hundred people showed anyway.

A couple of days ago, I testified before a few members of U.S. Congress on the future of political reform in China. Congressman Sander Levin asked whether the human rights situation today was truly better than ever before. I equivocated a bit, saying that there were more opportunities today for people to express themselves but that we should compare current conditions to the mid-late-1980s—the time of Zhao Ziyang and Hu Yaobang—to get a truly accurate assessment. In general, however, I and the other panelists agreed that things were moving in the right direction. He was not persuaded by any of us—and perhaps rightly so. Let’s face it. In 1988, Liu Xiaobo was freely studying at Columbia University. Now he sits in jail.

I can’t help wondering what Premier Wen is thinking at this moment. It is great that every few months, he calls for political reform, but where is he when his people really need him?

Obama in Seoul: Underscoring the Sino-U.S. Gap on North Korea

Back to Square One for Inter-Korean Relations