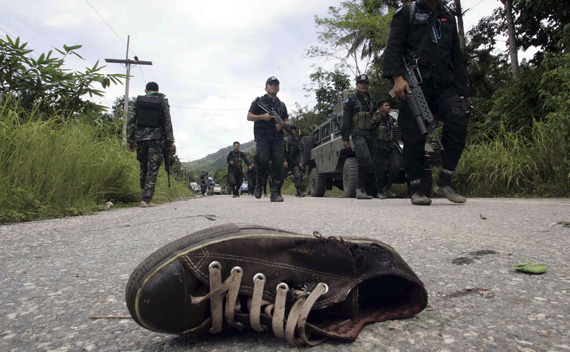 Southeast Asia is a much broader and more diverse region than Northeast Asia or (obviously) China, so it can be hard to keep up with events, particularly when there is so much going on in North Korea, Japan, China, and back here in Washington. So here are a couple recent events worth noting.

1. Indonesia resumes using the military for counterterrorism operations. There is a fine summary of this in the New York Times today.  This was anticipated after Jakarta created a new counterterrorism agency in August. However, it has serious risks, and I don’t really understand the upside. The military in Indonesia, even more than a decade after the fall of Suharto, remains poorly trained, corrupt, and persistently abusive. It also has limited counterterrorism skills, as compared to the elite police units that have been used for counterterrorism, quite successfully, throughout the 2000s.

2. Malaysia continues its crackdown on bloggers. Contrary to Prime Minister Najib Tun Razak’s speech at the United Nations General Assembly touting Malaysia as a model of moderation, in recent months his government has launched crackdowns on bloggers and cartoonists known for poking fun at government agencies and the prime minister himself. In early September, for example, the executive editor of the Malay Mail was charged with lying by making fun of Malaysia’s biggest power company through an obvious parody.

The crackdown comes at a time when Malaysia is upgrading its ties to the United States, in part because of Najib’s admittedly progressive economic and trade agenda, and his skill at public relations. But this economic progressivism conceals a decline in political freedoms, and also conceals the fact that Najib is hemmed in by his own political position: He may want to promote an all around more liberal environment, but he needs the votes of power brokers in the ruling coalition, and the Malay majority, in a free election.

3. The Philippines announces that, despite a recommendation by a fact-finding panel of charges against several top police officials after the bungled bus hijacking in Manila in August, no one will actually face charges. Powerful people in the Philippines escape punishment for their (alleged) mistakes and illegal actions? I’m shocked, shocked.

4. Four people were killed in drive-by shootings in the south of Thailand earlier this week. While bombings in Bangkok get some international attention (see my post earlier this week), the killings in southern Thailand, which has become one of the deadliest conflict zones in the world, are almost totally ignored, since they dribble out a few at a time, don’t seem to impact Bangkok or the tourist hubs of Thailand, and (despite some claims to the contrary) are mostly unconnected to any broader Islamist battles. But in one respect the Thai south should get more attention: The spiral of violence there echoes a situation that could be repeated in the heart of Thailand itself, in which an initial revolt, combated by overly repressive government policies (under Thaksin), actually made the situation far more explosive.

What Liu Xiaobo’s Nobel Means for the Rest of China